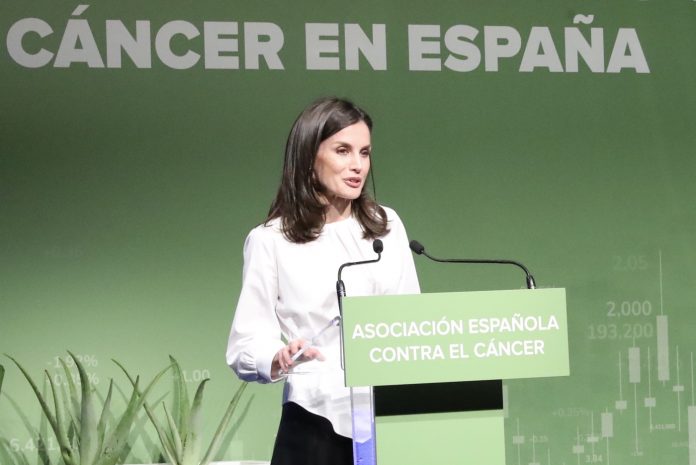 Her Majesty the Queen, Reina Letizia, as Permanent Honorary President of the Spanish Association Against Cancer (AECC) and its Scientific Foundation, regularly holds working meetings with the organisation to learn about its activity and projects, among other topics.

The next meeting takes place on Tuesday 24 January 2023.

Cancer is the most important socio-sanitary problem in the world. It is expected that in 2030 21.6 million new cases will be diagnosed, of which more than 330,000 will be in Spain. This initiative aims to create a social movement that seeks to involve people, companies and institutions in the fight against cancer and to reverse the figures, guaranteeing the survival of many patients and improving their quality of life.

The Spanish Association Against Cancer has been the benchmark organisation in the fight against cancer for 69 years. It dedicates its efforts to showing the reality of cancer in Spain, detecting areas for improvement and launching a process of social transformation that allows them to be corrected in order to obtain a comprehensive and multidisciplinary approach to cancer.

Today, it is the social and private entity that allocates the most funds to cancer research: 104 million euro in 565 projects, in which more than 1,000 researchers participate.