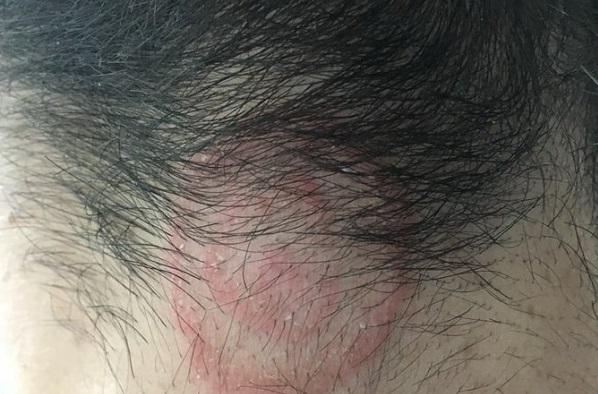 The OCU consumer association is warning that there has been an increase in cases of ringworm of the scalp, especially in adolescent males: the use of contaminated material to shave the hair following fashion may be behind these infections.

The Spanish Academy of Dermatology and Venereology (AEDV) has reported that cases of ringworm of the scalp  ( tinea capitis ) have increased in male adolescents.

Dermatologists have detected an increase in cases of ringworm, which appears more commonly on the nape and sides of the head, something that they attribute to the generalisation of the fashion of shaving or degrading hair in these areas.

It seems likely that the cause of this increase in cases is that contaminated shaving material has not been adequately disinfected.

What is tinea capitis?

Ringworm head or tinea capitis is a mycosis, that is, an infection caused by fungi. It normally affects children between 6 months and 12 years of age, with a slight predominance in males, but an increase in cases in adolescents has been observed in the last two years.

It is highly contagious, which is transmitted by contact of the spores of the fungus with the scalp.

According to the study behind the dermatologists’ alert, the fungus that caused it in most cases was Trychophyton tonsurans, the usual cause of this type of ringworm.

The lesions appeared predominantly on the neck and the temporal area , the areas where shaving or degradation is most hasty.

How is it distinguished?

This mycosis causes itching and flaking of the scalp in the affected area.

Hair loss can be seen.

Sometimes the affected area can be inflamed, with redness, suppuration, pain and even fever.

In case of doubt, the infection is confirmed by skin culture from the affected area, which generally makes it possible to identify the growth of the responsible fungus. However, as the culture can take time, it is usual to start treatment as soon as there is a well-founded suspicion of fungal infection.

Which is the treatment?

Tinea capitis is treated with antifungal medications, which are usually given by mouth. The treatment should be maintained for several weeks to ensure the eradication of the fungus. Sometimes it may be necessary to associate a corticosteroid.

Very possibly they will also prescribe washing with specific shampoos.

Given that it is a fairly contagious mycosis, at OCU we recommend that when there is suspicion of ringworm, the scalp of people close to the child or adolescent should be examined.

Until the infection is cured, to avoid contagion, it is convenient that both hygiene products (combs, towels) and any other element that comes into contact with the hair (helmets, caps, pillows, etc.) be for personal use.

The Spanish Academy of Dermatology and Venereology (AEDV) itself has called on the competent bodies to ensure compliance with the disinfection standards of the material used for shaving in hairdressers. From OCU we echo the AEDV alert, they also appeal to those responsible:

To the national and regional health authorities, so that they quantify the increase in cases as precisely as possible (ringworm is not part of the list of Mandatory Notifiable Diseases) and it can be verified if it really is a worrisome outbreak.

To those responsible for ensuring health and compliance with hygiene measures in these centres, asking the autonomous communities to intensify their inspection campaigns for hairdressers, beauty salons and the like to ensure that non-disposable materials are properly disinfected shared use.