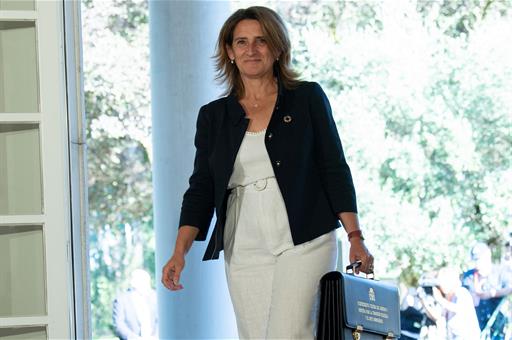 The Third Vice President of the Government of Spain and Minister for the Ecological Transition and Demographic Challenge, Teresa Ribera, and the Minister for the Environment and Climate Action of Portugal, José Duarte Cordeiro, met in Brussels with the Vice President of the European Commission and Commissioner of Competition, Margrethe Vestager, to request the extension of the Iberian solution, also known as the Iberian exception, which limits the price of the gas used in the Iberian countries for the production of electrical energy.

It has been a first positive meeting between the parties, to formally start the process that determines the possible extension of the mechanism.

During the meeting, the successful operation of the Iberian solution has been analysed, since it began to function on June 15, 2022.

Since then, families, industry and companies in Spain have benefited from considerable savings on their electricity bills, which until January 8, 2023 were estimated at 4,5 billion euro. Although some bill payers have seen an increase in their bills in compensation that had to be paid to the energy firms.

In line with the commitment of the Government as a whole to continue protecting the people and the economic growth of our country, Spain frames this request for the extension of the Iberian solution as a transitory mechanism within the substantive debate on the necessary reform of the European electricity market.

From now on, it will be the technical teams of the European Commission who will carry out the analysis work for the extension of the Iberian solution.