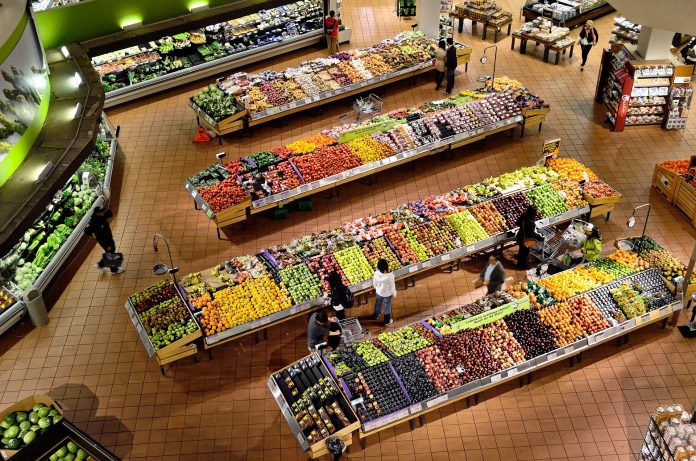 The Podemos political group has proposed a plan for the Government to directly intervene in the food market to lower the price of the basic shopping basket and cap, at least during 2023, the price of these products at the levels they were before the war in Ukraine, February of last year.

And in the event that the PSOE opposes it, they are open to studying direct discounts on the price of food, but deploying a tax on large distribution companies to compensate for the deployment of public funds.

Sources from the party have explained that they consider it “essential” that the Executive adopt “brave” measures, as has already been done with energy or public transport, to “remedy the current escalation of prices” in this sector.

The Minister of Social Rights herself and leader of Podemos, Ione Belarra, later detailed the central lines of this initiative on Twitter because the situation “requires the Executive to take action on the matter”, in addition to detailing that there would be aid for small businesses to compensate you in the situation of intervened prices.

Podemos’ approach comes after the Consumer Price Index (CPI) has risen two tenths at the end of 2022 in relation to the previous month but with a 1.1 point cut in its interannual rate, up to 5.7%, its lowest figure since November 2021, in contrast to the trend in food prices, which shot up to 15.7%.

Podemos proposes setting maximum prices for regular products in the basic basket, following the steps that the Executive already took with the masks or the Covid tests during the coronavirus crisis.

Specifically, the ceiling for each of these products would be the one set on February 20, 2022 and would be in force, “at least” throughout this year, with a view to stopping the inflationary trend that has been dragging on since the invasion took place.

In addition, and with a view to preventing small businesses from suffering situations of “financial stress”, intervention in the market would be accompanied by direct aid to the sector, as was also done in the pandemic with the hospitality industry.

Podemos argue that this route would be the “most effective and fair” to guarantee food at affordable prices for families.

In turn, the spokesperson for Podemos in Congress, Pablo Echenique, has defended the feasibility of the measure and has remarked that, to protect producers, there is a food chain law that prohibits selling food on demand, thus avoiding the “temptation” that large producers could have to raise prices at the expense of farmers or ranchers.

In the event that the PSOE, its coalition partner, does not support this proposal, and a discount on basic basket products, as was done with fuels until they were equal to the level they were days before the war in Ukraine, applied, and since this second path would imply allocating public resources, Podemos affirms that it should be completed with two other measures. The first would be to establish an extraordinary tax on large distribution chains, similar to that approved for banks and energy companies.

The party already demanded this tribute in the weeks prior to the extension of the anti-crisis decree and advocated a rate of 33% on the profit margins of these companies, highlighting that this initiative had already been deployed in Portugal with good results.

In turn, the second complementary measure would be to establish economic sanctions for companies that take advantage of said bonus to continue raising their profits.

Therefore, Podemos demands another new initiative to combat inflation in the face of rising food prices, as they have already done, for example, when they demanded aid for the shopping basket of between 200 and 500 euro for households with incomes of no more than at 42,000 euro per year.

However, and after negotiation within the Executive, this aid was set at 200 euro aimed at employees, self-employed or unemployed in 2022, who have a maximum income -27,000 euro per year–, and joint assets -of 75,000 euro — depending on the coexistence at home.

Within the decree of anti-crisis measures and in the area of ​​food, the Government abolished for six months the 4% IVA that is applied to all basic foods, including bread or milk, and reduced from 10% to 5 % that of oil and paste to deal with the impact of the war in Ukraine and the rise in inflation.

However, and in light of this new proposal, Podemos do not see it enough and in fact the confederal space already opined that it was not a measure that could help, as the second vice president, Yolanda Díaz, recently stated.

Already with the beginning of the political course Díaz also outlined his position to seek an agreement with the distribution to limit the prices of basic food products, which would guarantee affordable costs for citizens.

From the purple formation, the measure was described as sensible and the spokesman for Unidas Podemos, Pablo Echenique, said that he supported that idea, although he did not show much confidence that the companies would agree and defended as best via an extraordinary tax on these companies.

He also said that pricing has to be compatible with small farmers and ranchers having their profit margin so that their activity is sustainable.