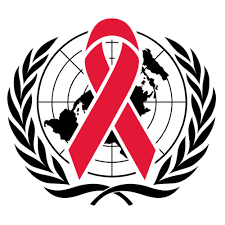 The Ministry of Health has allocated one million euro to ONUSIDA (UNAIDS in English) to support actions in the response against HIV, in line with the Sustainable Development Goals (SDGs) that are part of the 2030 Agenda.

The Minister of Health, Carolina Darias, has personally conveyed to the Executive Director of ONUSIDA, Winnie Byanyima, the information on this contribution to the international organisation, while stressing the “priority” nature of these objectives for the Government of Spain.

On May 20, 2022, the Minister of Health, Carolina Darias, and the Executive Director of ONUSIDA, Winnie Byanyima, held a bilateral meeting in Madrid in which, among other things, they assessed Spain’s return to proactive participation in the ONUSIDA Governing Board as an observer member since 2020.

The importance of tackling HIV in a “global, multilateral and coordinated” manner was also stressed, objectives for which ONUSIDA plays a “crucial” role.

The Minister of Health has expressed the commitment of the Government of Spain, together with ONUSIDA, in the shared objective of ending AIDS as a public health problem in 2030, as well as the associated stigma suffered by people with HIV/AIDS.

Likewise, Darias has reaffirmed that this will be a priority issue during the next Spanish Presidency of the Council of the European Union, in the second half of 2023.

The Joint United Nations Program on HIV/AIDS (UNAIDS) is leading the global effort to end the AIDS epidemic as a threat to public health by 2030, as part of the Sustainable Development Goals.

UNAIDS has contributed to positioning, defining and expanding the response to HIV by promoting dialogue and integrating communities that had been excluded from decision-making, being the only United Nations entity that has civil society representatives in its body executive.

Likewise, UNAIDS is a leading global actor in the fight against stigma and discrimination associated with HIV, in the legislative and regulatory aspects that criminalise or discriminate against people living with HIV is evident, for example, through its program “Global Partnership”.

Spain to promote the use of green hydrogen in aviation