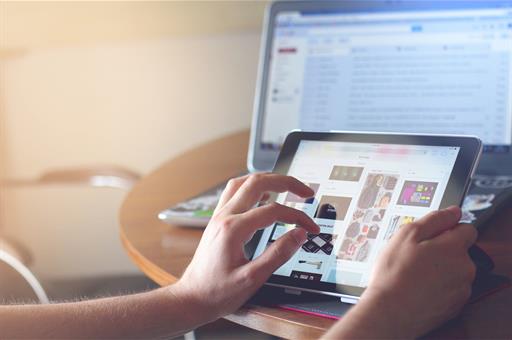 Spain, through the Secretary of State for Digitisation and Artificial Intelligence attached to the Ministry of Economic Affairs and Digital Transformation, has joined the United States and the United Kingdom in launching the OECD Global Forum on Technology. The project, announced at the last OECD Digital Economy Ministerial Conference, held in Gran Canaria, aims to establish a fixed place for dialogue on the opportunities and risks of new technology.

This initiative was advanced last September by the United States and the United Kingdom, but it has not become effective until now, at which time Spain has signed up, coinciding with the presidency of the Ministerial Conference.

The Global Forum on Technology will follow the standards and development of all the OECD World Forums, while taking advantage of and adding to other international efforts such as the Future Technology Forum, organised by the United Kingdom during its G7 presidency, or the recent summit OECD Digital Economy. A deployment whose objective is to draw a common roadmap that explores the economic and social opportunities of the digital transition, while analysing its impact on a large scale and making decisions accordingly.

Among the future activities, the project would work at two levels: one with experts, representatives of economic activity and civil society; and another at the highest ministerial or government level, with meetings every two years to advance global governance for digital transformation.

The creation of this Forum complements the Declaration for a Reliable, Inclusive and Sustainable Digital Future, signed during the Ministerial Conference, and which includes the commitment of the member states of the OECD, the European Union and allied countries to activate a double transition: digital and ecological. In this sense, the Global Forum on Technology intends to open a direct channel of communication, exchange and debate to help the societies of these countries to adapt and take advantage of this change.

The announcement was made by the OECD Deputy Secretary General, Ulrik Vestergaard, the Secretary of State for Digitisation and Artificial Intelligence of the Spanish Government, Carme Artigas, the Director General of the Digital Economy of the United Kingdom, Susannah Storey, and the United States Ambassador for Cybersecurity and Digital Policies, Nathaniel Flick.

“I’m going to be very honest: the world needs this Forum,” said Artigas at the presentation ceremony. “There is not yet an international organisation or entity that considers the implementation of certain emerging technologies throughout society,” she added.

Among the interests of Spain, the deployment of neurotechnology and quantum computing stands out. The first is contemplated in the National Artificial Intelligence Strategy, to which the Recovery, Transformation and Resilience Plan dedicates 600 million euro until 2023, and houses projects such as the pioneering National Centre for Neurotechnology, based on the campus of the University Autonomous of Madrid. For its part, the Quantum Spain programme, which aims to create a quantum computing ecosystem and contemplates a total investment of 60 million euro, has succeeded in having Spain selected to host one of the first European quantum computers.

Specifically, the World Technology Forum would act as a medium and long-term venue to engage OECD and non-OECD members in dialogue with industry, trade unions, academia, civil society and technical communities to, among other tasks:

Foster strategic dialogue and international cooperation, informed by external experts and initiatives, on issues that are at the forefront of the global debate on digital and technology policies.

Identify and analyse specific technological developments where there are gaps in existing forums, their potential social, economic and sustainability impacts, and potential implications for policy and regulatory frameworks.

Exchange good practices for the governance of technologies in order to build trust among participants and promote common and consistent approaches.

Spain’s participation in the Global Forum of Technology responds to continuing to deploy the Charter of Digital Rights at the international level, a reference guide to put people at the centre of digitisation strategies.

“We hope that this Forum provides information on the production of emerging technologies oriented towards technological humanism that are part of a future Recommendation on human rights in the digital age,” said Secretary of State Carme Artigas.