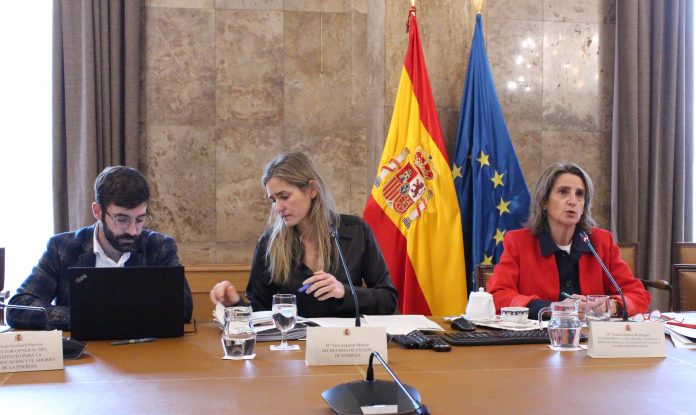 Teresa Ribera, Vice President of the Government and Minister for the Ecological Transition and the Demographic Challenge, announced to the autonomous communities, during a telematic meeting of the Energy Sector Conference, an extension of aid for sustainable mobility and self-consumption of energy, more resources for the administrations to manage the aid, and the maintenance of the milestones set by the regulations to process renewable energy projects.

The vice-president presented the report on the implementation of the More Energy Security Plan (Plan +SE), and recalled that the autonomous communities must submit their savings and efficiency plans before December 1. During the meeting, the evolution of the Recovery, Transformation and Resilience Plan was also discussed, the implementation of which depends on both the central and regional governments.

In this sense, at the request of the autonomous communities, it has been proposed to increase up to 5% the costs of managing the files that the autonomous communities can justify in the Electric and Sustainable Mobility program (MOVES III), now located at 2.5%, and the program of Incentives for self-consumption, energy storage and thermal installations with renewables, currently at 3%. The rise will increase administrative resources and streamline procedures.

Vice President Ribera has announced the upcoming expansion of the MOVES III Program. Intended to subsidise the purchase of vehicles and the installation of charging points and endowed with 800 million euro, it will receive an additional 400 million, in view of its success: more than 90,000 applications have been received and 15 autonomous communities have requested its extension.

The different lines of promotion for self-consumption facilities will also be reinforced with an additional 500 million, in accordance with the provisions of the +SE Plan.

Finally, at the Conference it was confirmed that the milestones set by the regulations to process renewable energy projects are maintained, with the objectives of avoiding the blocking of access capacity to the electricity grid, guaranteeing the legal certainty of promoters and demonstrate the credibility of the Administration in fulfilling its commitments.

Renewable projects have five years to execute from the moment they obtain the right of access to the electricity grid, with several intermediate milestones that must be met. Next January 25th is the deadline for many projects to obtain the Environmental Impact Statement.