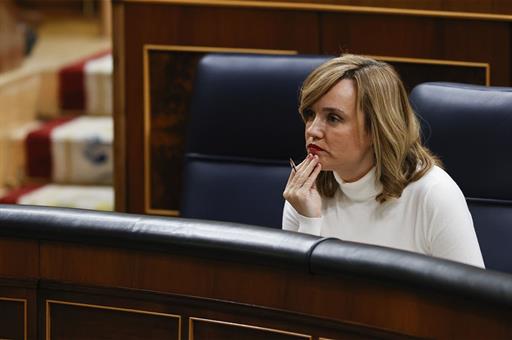 “This government is completing one of the most reformist and transformative legislatures of our democracy,” said Alegría. “This Budget project also comes to culminate a period of historic investment in education,” she added.

The state budgets for 2023 include a total for the Ministry of Education and Vocational Training of 6,4 billion euro, which means 6.15% more than in 2022. Of these, 5,1 billion will go to educational policies, 1,2 billion to training for employment and just over 11 million for education abroad.

A budget that “consolidates a legislature in which the foundations have been laid so that Spain approaches the level of educational investment that corresponds to us as one of the important countries of Europe”, in the words of the minister.

This successive increase in investment in these grants has allowed the number of beneficiaries and the average amount of the scholarships to increase, especially for students from rural areas who need to travel.

Other items in terms of equity and inclusion correspond to aid for the acquisition of textbooks and teaching materials, which increase by 10 million euro; the PROA+ program for educational reinforcement, which will have a budget of 120 million; the personal and family accompaniment and guidance units, to which 56 million will be allocated, which will allow the creation of 1,000 new units; and the creation of free public places for the first cycle of children, which in 2023 will have an investment of 136 million.

“Vocational Training has become a fundamental strategy for growth and employment and is one of the great milestones of this legislature”, explained Pilar Alegría. In 2023, 2,4 billion euro will be allocated to its transformation and modernisation.

They will be directed, among other issues, at the creation of new FP places, the opening of 700 Mentor Classrooms in small municipalities and 450 entrepreneurship classrooms, the creation of new titles or the accreditation of professional skills for half a million people.

Lastly, it is worth noting the investment in digitisation, with a budget of 550 million euro, of which 300 correspond to the School Code 4.0 program so that students in the second cycle of Infant, Primary and Secondary learn programming and robotics.

“In these last three years we will have invested more in education than during the seven years of the previous stage […] That is the level of investment effort that our education needed and that must continue to achieve our objectives as a country”, the minister concluded.