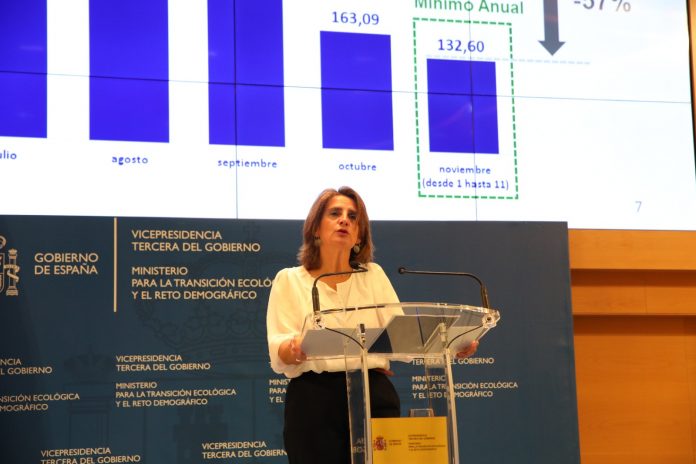 Spain has reduced its demand for natural gas by 15% since last August, compared to the level of consumption for the same period in the last five years; Considering the import balance for the five-year period, the reduction in domestic demand reaches 19% in 2022. Electricity demand, for its part, has decreased by 5.7%. These decreases respond, to a large extent, to the More Energy Security Plan (Plan +SE): of the 73 measures it contains, a total of 30 have already been implemented or will be implemented shortly, and several more, in the medium and long term, have already started their development.

Regulation (EU) 2022/1369 establishes that the EU states must reduce their national gas demand by 15% between August 1 and March 31, 2023, within the measures adopted to face the energy crisis stemming from the war in Ukraine. If the alert is declared, said objective becomes binding and exceptions are applied that, in the case of Spain, leave it below 7%.

Regulation (EU) 2022/1854 indicates that the EU states will strive to apply measures aimed at reducing the gross monthly electricity consumption by 10% compared to the average consumption between the next December 1 and March 31, 2023, in relation to the same month of the last five years. It also sets a 5% reduction target at peak times.

Since the beginning of August, the Government has been adopting measures to fulfil its European commitments and on October 11 the Council of Ministers approved the +SE Plan, with three main objectives: increase consumer protection, reduce energy consumption and reinforce solidarity with the rest of the EU, increasing gas exports.

Thanks to this, all homes with gas heating, whether individual or community, have reduced regulated rates -the TUR-, which leave the final bill 50% lower than it would be without them, and 40% of households with lower income levels have access to discounts on electricity bills that range between 40% and 80%, thanks to the reinforcement of the social bonus.

Regarding the evolution of energy consumption, the demand for gas has been reduced by 15%, without considering the effect of exports –excluded by Regulation (EU) 2022/1369, according to its article 5.8 and its recital number 19–, which increases to 19%, if the import balance in the five previous reference years is taken into account. The demand for electricity, for its part, fell by 5.7%.

The effectiveness of the +SE Plan requires the involvement of all agents, as well as a monitoring and governance scheme. In this sense, a periodic reporting system has been put in place, with updated data on the evolution of consumption, as well as the measures and actions declared by large companies and the autonomous communities before December 1.

Spain is acting in solidarity with the rest of the EU, making it easier to cover the energy demand of France and Portugal, mainly. Thus, 44% of electricity generation with gas plants in recent months is being exported to France, with a very significant part of its nuclear park inoperative, and to Portugal, whose hydroelectric generation is limited by drought.

The solid and stable Spanish energy system, with a wide range of technologies and suppliers, guarantees the supply of all consumers during this winter, despite the complex international environment.

Additionally, Spain is increasing its solidarity and in the coming months other measures foreseen in the +SE Plan will be implemented, such as the activation of the El Musel regasification plant and the Spain-Italy naval bridge. In addition, at the next Euro-Mediterranean summit in Alicante, the details of the future H2med, the underwater pipeline that will link Barcelona and Marseille, will be known.