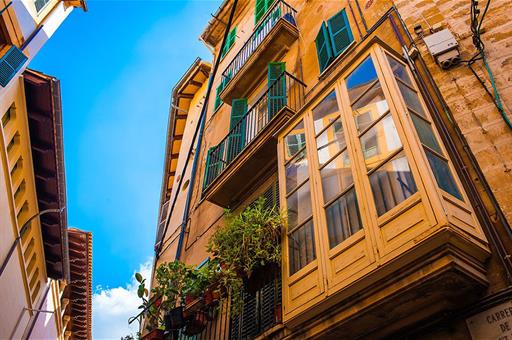 The Ministry of Transport, Mobility and Urban Agenda (Mitma) has signed an agreement with the Junta de Andalucía and Malaga City Council to build 530 social or affordable rental homes in the city of Malaga with 25.9 million euro from the EU NextGenerationEU recovery fund.

The Secretary General of the Urban Agenda and Housing, David Lucas, has signed the agreement with the Minister of Development, Articulation of the Territory and Housing of the Junta de Andalucía, Marifrán Carazo and the Mayor of Málaga, Francisco De la Torre Prados, as president of the Municipal Housing Association of Malaga (SMVM), during his visit to the Mediterranean Real Estate Exhibition.

The signing ceremony was attended by the Government delegate in Andalusia, Pedro Fernández, the sub-delegate of the Government in Malaga, Javier Salas, and the General Secretary of Housing of the Junta de Andalucía, Ms. Alicia Martínez Martín.

The SMVM, owner of the land, will develop the project through the granting of surface rights, by awarding the promotion, construction and subsequent management of social or affordable rental housing in energy efficient buildings for a period of more than 50 years. The estimated total investment in these promotions is 56.9 million euro. The action will take place in Sector SUP-T.8 “University”, located in the western part of the city, next to the expansion of the Teatinos university campus, where the construction works of the new faculties are being carried out.

With this agreement, the Ministry is already promoting the construction of 2,368 public protection homes in the city of Malaga, within the Government’s strategy of facilitating access to decent and affordable housing, especially in stressed areas. Specifically, thanks to the State Housing Plan 2018-2021, Mitma co-finances the development of 476 rental homes with 10.5 million euro, while promoting the construction of another 1,362 homes in “Residential Buenavista” through SEPES.

Through this program it is intended to finance the increase in the public stock of energy-efficient housing destined for social rental or at an affordable price, through the promotion of newly built homes, which increase the public stock of affordable housing, on publicly owned land for a minimum period of 50 years and with a consumption of non-renewable primary energy that is at least 20% less than the requirements of the Technical Building Code.

For this program, endowed with 1 billion euro, Mitma has already transferred 86.85 million euro to Andalusia, with an additional transfer of the same amount planned at the beginning of 2023, reaching a total of 173.7 million euro, which will mean the promotion of around 3,400 homes. The aid provided is up to 700 euro per square metre of useful surface area of ​​the dwelling with a maximum of 50,000 euro per dwelling.