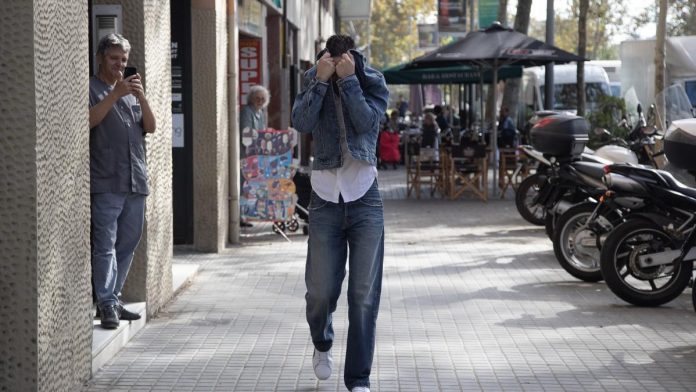 An officer from the Guardia Civil has become the first person convicted in Spain for spreading false xenophobic news. The agent has accepted a sentence of fifteen months in prison for posting a false video on Twitter that he attributed to an attack in Barcelona that had actually happened in China.

The case has been closed with a consent agreement between the defence and the prosecutor against hate crimes in Barcelona, after the pioneering criminal proceedings against two users of the social network for spreading false xenophobic news. The other case is that of a woman, still pending trial.

The first sentence in Spain for the dissemination of ‘fake news’ has been agreed before the court of the sixth section of the Barcelona Court. The defendant has recognised the facts and has accepted a sentence for a crime against fundamental rights (incitement to hatred) that includes a fine of 1,620 euro as well as the prohibition to carry out teaching or sports activities for five years.

The defence asked the court to suspend his imprisonment, to which the Prosecutor’s Office has been favourable given that he has no criminal record and has agreed to close his profiles on social networks.

The Public Ministry, which initially requested a two-year prison sentence for the accused, has also requested as a condition to suspend his imprisonment that he not use profiles on social networks “with hateful content” for two years.

The defendant has admitted that he posted a video of a brutal assault on a young woman on July 1, 2019, making believe that it was images of a rape that had recently occurred in Canet de Mar (Barcelona).

The 45-second video, which was viewed 21,900 times, showed a man brutally assaulting a woman, kicking and punching her, after which he tried to pull her pants down to end up grabbing her hair and dragging her to the ground.

The post by the Guardia Civil officer claimed that the attack was carried out by a Moroccan immigrant, and that more attacks like this are likely as a result of immigration, also claiming that the media fail to report such incidents.

The recording, however, had no relation to the sexual assault that occurred in Canet de Mar, but rather was a video of a beating that occurred in China in June 2019 that had been released by the authorities of that country in order to identify the attacker through citizen collaboration.

As maintained by the Prosecutor’s Office, the agent has admitted that he acted “moved by his animosity and rejection of foreign immigrants of Moroccan origin, and among them their most vulnerable sector, such as unaccompanied minors.”

In fact, the defendant’s Twitter profile included numerous xenophobic posts and distorted or false information about immigrants in general, as well as symbols such as the Celtic cross -commonly used by ultras, Nazis and supremacists- and the Ku Klux Klan motto “we must ensure the existence of our race and a future for white children.”

By court order after the filing of the complaint, the Twitter and Facebook profiles of the accused were closed, and he also agreed to close his Instagram in order to facilitate the conformity.