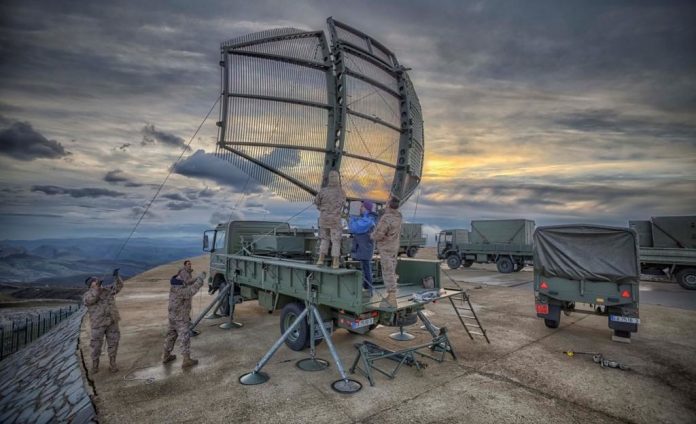 Since February 2022, NATO has reinforced the availability of Air Defence assets as well as air activity on the East Flank to contribute to the Allies’ response and deterrence capacity. The NATO Air Component (AIRCOM) has asked the countries to increase their efforts in their contributions that can be sustained over time, while this situation lasts, to provide an Air Shield that materialises through an increase in missions regular Air Police and training.

In Romania (Schitu Barracks), from October 17 to March 31, 2023 (extendable until June 30, 2023), the TIGRU DAT, made up of a long-range aerial surveillance radar, has been deployed to control the airspace on NATO’s East Flank.

The radar with the technical material left on October 10 from the port of Cartagena bound for the Romanian city of Constanza, where 38 soldiers have been deployed to keep the radar active 24 hours a day, 7 days a week.

Likewise, a new deployment is planned in Bulgaria (Bezmer Air Base), from November 14 to December 2, 2022, where a DAT of 6 Eurofighter and 130 soldiers from Wing 11 will be located. They are expected to carry out training missions and Air Policing, if required by NATO.