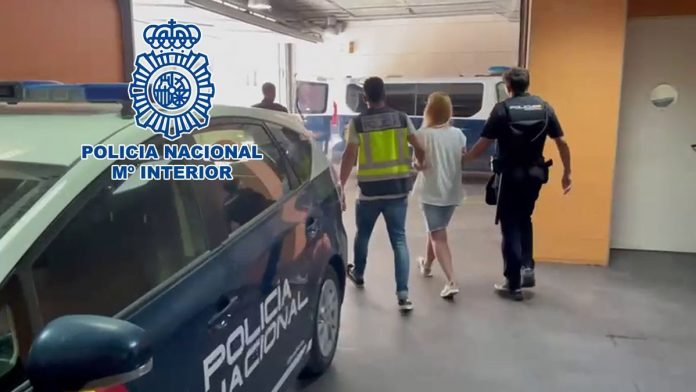 Officers from the National Police arrested a 40-year-old female in Alicante, wanted by the authorities in Russia, accused of killing another woman by setting her on fire after a dispute.

The incident occurred in 2015 in a town near Moscow and the alleged murderer, who was on the run from Russian Justice, resulting in an International Arrest Warrant being issued. The suspect is accused of a crime of murder and faces a maximum sentence of 15 years in prison, according to data provided by the Alicante National Police.

The arrest was carried out by agents of the Organised Crime Group of the Judicial Police Brigade of the Alicante Provincial Police Station in collaboration with the Fugitive Group of the General Judicial Police Station. The agents received information from the central office of Interpol about an international arrest warrant issued by the Russian authorities on a woman who could be residing in the province of Alicante.

As stated in the international claim, the detainee in Alicante had a conflict with another woman and decided to end her life. To do this, while they were on a car trip, the fugitive stopped her vehicle and gave her companion a strong blow to the head. She then dragged her into a ravine, doused her with petrol and set her on fire causing her death.

After receiving the information from Interpol, the Police carried out multiple steps until they found the location of an address in Alicante where the wanted woman could be residing. The investigators established a surveillance device that concluded with the arrest of the fugitive. The woman was taken to police stations and was later placed at the disposal of the central court of Instruction number 6 of the National Court.