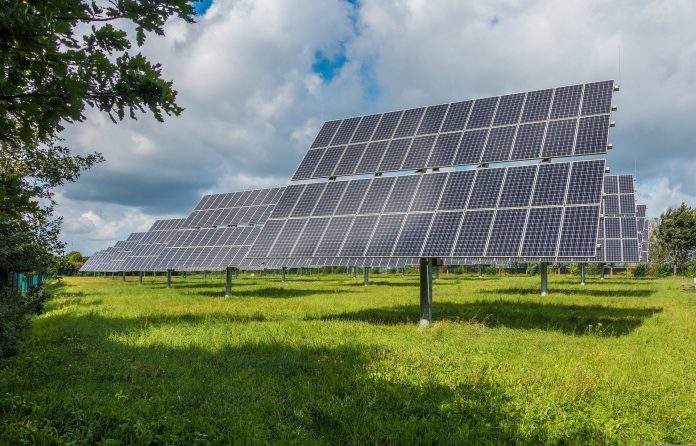 Spain installed 4,690 photovoltaic megawatts (MW) in 2021, between the installed capacity in ground-based plants and self-consumption, thus registering in the sector its best historical year and surpassing the previous record of installed power of 2019.

At a press conference to present the sector’s annual report, the president of UNEF, Rafael Benjumea, thus highlighted that Spain was once again the second most important market in Europe, only behind Germany, and stressed that “no one doubts that the energy transition towards renewables is unstoppable and a reality”, with a technology such as photovoltaic at the forefront that “in terms of price is the most competitive”.

In this sense, the performance of the sector stood out, deploying this new capacity without any type of aid or regulatory remuneration scheme, in the segment of long-term contracts (PPAs), where Spain thus achieved leadership in Europe, with 2,348 MW.

By autonomous communities, Extremadura was the leader last year in photovoltaic power installed in ground-based plants in the country, with more than 1,312 MW, followed by Castilla-La Mancha, with 1,036 MW.

In self-consumption, power increased by 1,203 MW, which represents a historical record and a growth of more than 100% compared to the previous year, with a growing weight of the domestic sector.

Thus, the domestic sector represented 32% of the new installed power for self-consumption in 2020, compared to 19% the previous year.

The direct contribution of the photovoltaic sector to the national GDP last year was 4,9 billion euro, 32% more, continuing the upward trend that was observed last year. The total economic footprint of the sector, estimated as the aggregation of direct, indirect and induced GDP generation both inside and outside the national economy, reached 13,2 billion euro in 2021.

Looking ahead to this year, the general director of UNEF, José Donoso, was “optimistic” and confident in increasing the figures of the sector, both in self-consumption and in ground plants.

The photovoltaic currently has an installed capacity of about 16.5 gigawatts (GW) in ground plants, plus another 2.74 GW in self-consumption.

Likewise, it has another 2.8 GW under construction and another approximately 15 additional GW already with advanced processing with the Environmental Impact Statement (DIA) -about 8 GW- or the Administrative Construction Authorisation (ACC) -about 7.1 GW- that could be deployed in the next two years, according to the employer.

In addition, almost 1,200 other plants, totalling more than 62 GW, have initiated some type of procedure, although “a part of them will not see the light,” said Donoso, who pointed out the importance of streamlining administrative procedures to achieve the objectives in renewables set by the country.

In this regard, Donoso recalled that UNEF has asked the Ministry for the Ecological Transition and the Demographic Challenge to revise upwards the objectives of the National Integrated Energy and Climate Plan (PNIEC) to ensure that photovoltaic implementation can reach up to 55 or 65 GW before 2030, compared to the 39 GW currently established by the ‘road map’.

Thus, the photovoltaic employers considered that “we must go further”, since there is “a sector that wants to invest more and a society that needs it”.

“There is no justification for not being more ambitious,” said Donoso, who added that a goal of 15 GW of self-consumption by 2030 must be incorporated, since the current “roadmap” for the decade does not have a specific goal.

On the other hand, UNEF pointed out the need for a new pricing system, compared to the current marginal system, that is capable of generating competitive market rules, so that the final consumer “captures the final competitiveness of renewables and, at the same time, a signal is given to investors”.

Likewise, Donoso highlighted the competitiveness demonstrated by the photovoltaic in the auctions held last year, with average prices of the awarded power of 24.5 euro per megawatt hour (MWh), in January, and just 30 euro/MWh, in October.

Facing the next auction called for November by the Government, UNEF did not want to give a price range for the bidding of photovoltaic technology, although it considered that, despite inflation and the increase in the price of raw materials, they will be in the environment to those of last year’s bids.