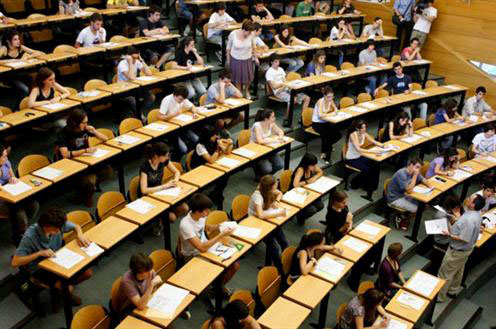 Almost half of Spaniards between the ages of 25 and 34 have a higher education degree, according to the report in Spanish ‘Panorama of Education: OECD Indicators 2022’, presented by the Secretary of State for Education, José Manuel Bar. This report, prepared by the National Institute for Educational Evaluation of the Ministry of Education and Vocational Training, is based on the ‘Education at a Glance 2022’ report that the Organisation for Economic Cooperation and Development (OECD) prepares each year.

This edition, the report focuses on tertiary or higher education (Higher Level Vocational Training and university studies), in addition to reviewing the main educational statistics of the country compared with the OECD and with the 22 countries of the European Union included in the OECD.

The expansion of higher education has particularly benefited women in all OECD countries. In the case of Spain, 60.5% of young people with university studies are women, a figure that is also higher than the average for the OECD (56.6%) and the EU22 (57.7%).

While the percentage of higher education graduates increases, the percentage of those who leave school with a maximum level of Compulsory Secondary Education (ESO) decreases. In 2021, the percentage of young people who only have basic studies is 27.7%. It represents a significant improvement compared to 2011, when that percentage stood at 34.6%, a difference of almost 7 points, although the figures are still far from the OECD (14.1%) and EU22 (11.8%) averages.

By fields of study, the most common among the Spanish adult population is business sciences, administration and law (28%), followed by engineering, industrial production and construction (15%) and health and well-being (13%).

On the other hand, 35.3% of secondary school qualifications in Spain are obtained in Vocational Training, below the average for OECD countries (37.3%) and the EU22 (43.7%).

As for the students who start a higher degree, 25% of Spaniards do so in the field of STEM (Science, Technology, Engineering and Mathematics), very close to the percentages of the OECD (27%) and the EU22 (28%).

With regard to the completion rate of bachelor’s degrees, in Spain 71% of students starting a bachelor’s degree have graduated at that level in the three years after the theoretical duration of the programme, above the OECD average, which is at 65%.

The report also analyses the relationship between educational level and work. The employment rates of young people increase as their level of training increases: 78% of young people with tertiary studies have a job in Spain, 20 percentage points above those who have ESO as their maximum qualification (only 59% of them access a job).

Higher education graduates in a STEM field have higher employment rates than in other areas of knowledge, particularly in the field of information and communication technologies, where the employment rate is 88% in Spain, 90% in the OECD and 91% in the EU22.

In addition, the higher the training level, the higher the salary. The Spanish population with higher education earns 41% more than second-stage secondary school graduates. These in turn earn 19% more than those who have only completed basic education.

The gender gap also exists in this area: in Spain, women with higher education earn 81% of the salary of men with the same educational level. In the OECD women earn 77% and in the EU22 76%.