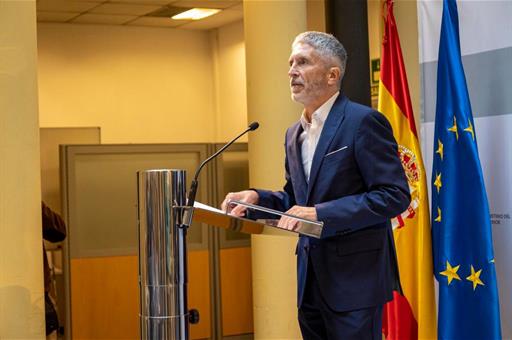 The Minister of the Interior, Fernando Grande-Marlaska, has presented the ‘Report on the evolution of hate crimes in Spain 2021’, prepared by the National Office for the Fight against Hate Crimes (ONDO).

In 2021, the State Security Forces and Bodies investigated a total of 1,802 criminal offences and hate incidents in Spain. There are 96 more acts of hate than in 2019 (an increase of 5.63 percent), which confirms the upward trend of this criminal phenomenon registered since 2014, interrupted in 2020 by the COVID-19 pandemic.

The ‘Report on the evolution of hate crimes in Spain 2021’ has been prepared by the National Office for the Fight against Hate Crimes (ONDO) based on the data provided to the Crime Statistics System (SEC) by the National Police, Guardia Civil, Ertzaintza, Mossos d’Esquadra, Navarre Provincial Police and the local police that provide data to the system.

Of the total incidents of hate crimes and incidents, the State Security Forces and Bodies managed to clarify 1,133 of them. Last year there was a record for police resolution of this type of event in the historical series, and the rate of police clarification rose to 62.9 percent, five points above that corresponding to 2019.

In the presentation of the results, the Minister of the Interior, Fernando Grande-Marlaska, recalled that hate crimes “are actions directed against specific people, but whose ultimate objective is also to generate feelings of fear and insecurity in the social group to which the aggressor belongs or to whom the aggressor links them. And that is the reason why they constitute a serious threat to the security of society as a whole, because they dangerously undermine the peaceful coexistence of citizens.”

Of the 1,724 hate crimes known by the State Security Forces and Bodies in 2021, 639 of them had a racist or xenophobic motive, a category that grows by 24.08 percent compared to those computed in 2019.

Regarding the criminal typology of these acts of hate, injuries (382) and threats (381) stand out in the first place, followed by damages (124) and insults (117). Most of them (732) were committed on public roads, and housing appears as the second area of ​​commission, on 373 occasions.

Regarding 1,133 cases resolved by the Security Forces in 2021, 465 clarified hate crimes had a racist or xenophobic motive, 72.77 percent of those known.

For Grande-Marlaska, “the historical series shows us that there are more and more acts of hate resolved by the Security Forces, fewer and fewer crimes go unpunished, police effectiveness increases above the growth of this type of incident”, a factor that, according to the Minister of the Interior, can contribute to reducing the rate of underreporting detected in this criminal phenomenon, which various studies place at 80 percent.

The report puts 1,874 victimisations registered in 2021 for hate crimes and incidents. The main affected by this type of behaviour are males (63.82 percent), while the most victimised age group is between 26 and 40 years old, with 32.98 percent. Minors constitute 11.31 of the total victimisations in 2021.

The distribution of the victims according to their nationality reflects that the Spanish are in first place, with 65.53 percent of the total registered victimisations. Within the set of victims of foreign nationality (the remaining 34.47 percent), those with the highest values ​​are those from Morocco (9.66 percent), Colombia (2.72 percent) and Venezuela (1. 76 percent).

As regards the number of detainees/investigated in 2021 for hate crimes and incidents, it amounts to a total of 743. Males are the protagonists of a very high percentage of arrests and investigations for hate crimes, 81, 29 percent. In relation to age groups, a significant percentage of the perpetrators of these acts fall within the range of 26 to 40 years, specifically, 29.21 percent.

In addition to presenting the main data included in the ‘Report on the evolution of hate crimes in Spain 2021’, the Minister of the Interior has reported on the status of execution of the II Action Plan to Fight Hate Crimes, approved last April and valid until the end of 2024.

Grande-Marlaska congratulated the ONDOD because, in the six months that have elapsed since the approval of this second plan, 34 of the 86 measures to be adopted during its period of validity have already been completed or are in the execution phase.

“I am convinced that the work that these specialised investigation teams will carry out will improve the rates of police clarification of acts of hate, a circumstance that will surely help us reduce the high level of underreporting detected in this criminal phenomenon,” he said.

Grande-Marlaska has also highlighted Instruction 8/2022 issued by the Secretary of State for Security, Rafael Pérez, last May, related to the Police Action and Coordination Plan against Violent Youth Groups.

By virtue of this instruction, the investigations of criminal acts committed by this type of violent youth groups already take into account the possible motivation of hate and incorporate the application of polarisation indicators that allow hate crimes to be detected.