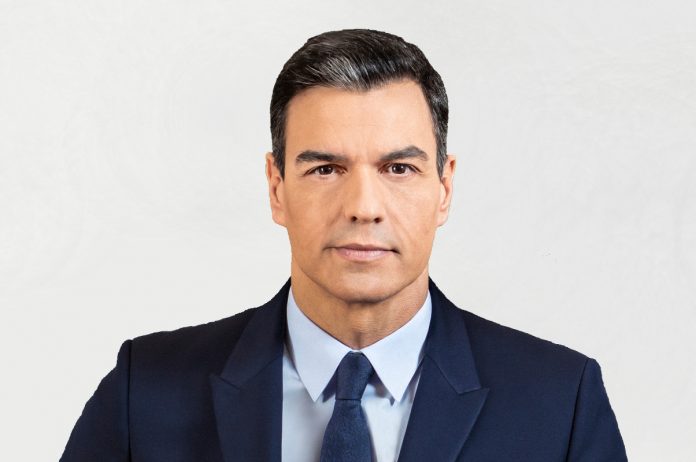 The President of the Government, Pedro Sánchez, during his telematic intervention in the IV edition of the La Toja Forum, defended the package of fiscal measures agreed this week by the Executive. Sánchez referred to the solidarity tax on large fortunes to point out that, “this time, the costs of the crisis cannot fall exclusively on the working middle class, as happened after the financial crisis. This time,” he remarked, “the wealthiest have to put their shoulders to the wheel to move the country forward”.

On the scope of the fiscal plan, which Sánchez defined as a proposal “committed to equity and social justice”, he assured that “it will allow raising revenue by some 3,1 billion euro, in two years”. And that “only the temporary rise in corporate tax covers practically the entire scholarship and aid budget for the 2021-22 academic year, plus the extraordinary increase of 100 euro per student approved last July.” In the same way that the increase in income tax on capital income of more than 200,000 euro, would cover the 172 million extraordinary reinforcement for primary care approved a few days ago by the Council of Ministers, which led him to ask himself “where is the better money? In a few pockets or in primary care that protects us all and saves lives?”

He also explained that, with the Executive’s proposal, “a married worker with a salary of 19,000 euro and a joint declaration will benefit from savings of more than 330 euro. A pensioner who receives a pension of less than 16,500 euro will have savings of 689 euro. And a single-parent worker with two children and a salary below 18,500 euro, will benefit from a saving of 516 euro”.

Greater savings with government measures than with deflation

Regarding the measure formulated by those who, from different political formations, have been in favour of a linear deflation lacking progressivity, already in force in some autonomous communities, he gave the example – among others – of the savings that its application implies to a worker without descendants who earn 18,000 euro, and which is only 23 euro. However, “with the reform proposed by the government, the savings are 746 euro, that is, an amount 30 times higher.” “That’s the difference and the rest is confusion and a gigantic smokescreen,” he said.

He also pointed out that “the Government is clear that any tax relief must focus on the social majority, not on benefiting a few, who are always the same: powerful and minority”. And that “in the current circumstances it is necessary to request an effort of solidarity from those who have the most, to help finance the protection of the vast majority.”

He also assured that this tax package “reduces the tax gap between income from work and capital”, and “includes relief measures with a potential reach of one and a half million self-employed workers and more than 400,000 SMEs”

What welfare state do we want?

Based on the lessons received as a result of the pandemic crisis, Pedro Sánchez has insisted that “there is no greater tool to combat inequality and defend social justice than the welfare state”, which in turn requires “fiscal justice”. And that “the question we must ask ourselves is what welfare state do we want?”, because “what we cannot expect is to have a welfare state like the Nordic countries, with tax revenue levels typical of less advanced countries”. Therefore, if we want a European welfare state, it “should be paid for by all citizens in proportion to their income.”

At this point, he recalled the latest guidelines issued by organisations such as the OECD, the IMF, and the ECB, “which advise taxing the highest incomes in order to provide services and protection to the middle and working classes.”

Or also what happened in the United Kingdom, where “a poorly planned proposal and with a serious risk to the sustainability of income” of the country, has caused the collapse of the pound and the exponential increase in interest rates. “It is then -he affirmed- when we see the neoliberal dogmatism, which collapses and amends itself”.

In his defence of a strong and well-funded welfare state and public protection system, the president has also warned against “sorcerers who rescue their failed recipes and proclaim that ‘the money is better in the pocket of the citizens'”. So, “do we want the solutions to depend on the pocket of each citizen?”, “Are we giving ourselves over to the doctrine of ‘every man for himself’?”

The measures adopted begin to have an effect

Regarding inflation, Sánchez pointed out that “mitigating” the enormous impact of rising prices on the real economy is “an absolute priority, and to that end the government has mobilised aid worth more than 35 billion euro, equivalent to 2.9% of GDP”.

And, regarding the advance data for the month of September, he affirmed that “the moderation of prices indicates that the measures adopted are beginning to have an effect and that we are moving in the right direction.” Even so, he added, “it is advisable not to lower our guard in such a complex global scenario” and to be “prepared to act in the face of any eventuality.”

Europe is at a crossroads

And in the final part of his speech, Pedro Sánchez recognised that, “once again, Europe is at a crossroads”, and that, although “there is fatigue” and a certain social “discontent”, it is necessary to follow the route that “It has pointed out to us in its response to the pandemic and the war in Ukraine”, which is none other than that of “a Europe capable as never before of acting in a united, courageous and supportive manner in the face of historical threats and challenges”.

That Europe “which has established the energy transition, the technological revolution and the fight against all forms of inequality as central values”, is “the Europe that is worth working for” and “the one that we are strengthening from a leading role”; because ”

The president began his speech by referring to the annexation carried out by Russia in Ukrainian territory, after a “pantomime referendum”, and which Putin celebrated “while bombing Zaporizhia killing innocent civilians”.

Sánchez assured that “neither Spain, nor Europe, nor the international community as a whole, will ever recognise this illegal annexation and we demand that Putin leave Ukraine as soon as possible, putting an end to this unjust and illegal war.” In his opinion, the Russian autocrat “knows that he has not won the war and also knows that he is very alone. The sooner he makes the correct decision to end the war, the better for everyone, including for himself,” he added.

The last words were dedicated by the president to the women of Iran, showing admiration for their “courage” and reiterating the government’s “outright condemnation” of the “repression exerted” against them. “There is no tradition, custom or belief that can justify the use of violence to limit the freedom and rights of women,” said Sánchez, for whom “the fight for equality is universal and is waged on many fronts,” for which “we cannot take even one step backwards in the rights and freedoms that affect half of the population”.

Continue with the successful vaccination process against Covid

The head of the Executive, who has closed this IV edition of the La Toja Forum by videoconference due being positive for covid -although he has said he feels “good” and only with symptoms of “flu”-, has taken the opportunity to “encourage everyone, now that we are going to start the vaccination strategy against the different variants” of the virus, “to continue with this successful vaccination process that we have had in our country when the health authorities so indicate”.