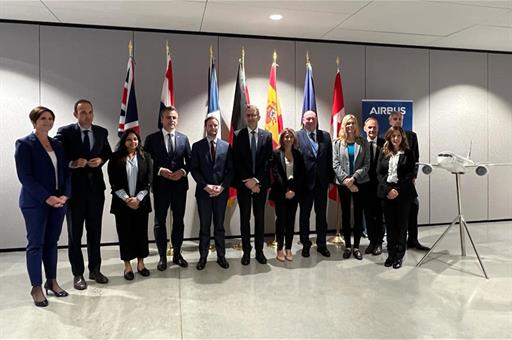 Thus, during her speech at the 41st Assembly of the United Nations organisation being held in Montreal (Canada), the minister reiterated Spain’s commitment to the Organisation and its Member States to promote the development of a more sustainable, safe, resilient and inclusive, which actively participates in the reduction of greenhouse gas emissions.

Proof of this commitment is the work carried out by our country in the ICAO Council since 1951. In addition, she emphasised the determined support to other States through technical cooperation and capacity building programs, such as ACT-Corsia and the ACT-SAF (Sustainable Aviation Fuels).

The minister stressed during her speech that one of the most important challenges facing aviation is the climate emergency, for which she has urged the international aviation sector to position itself at the forefront of the fight against climate change, to adopt the objective of achieving net zero emissions of carbon dioxide by the year 2050. A challenge in which progress can be made, for example, by reducing the consumption of fossil fuel with more efficient planes or routes, or with the use of sustainable fuels, and offsetting the emissions made.

The minister thus affirmed that the ratification of the Corsia system (Compensation and Carbon Reduction Plan for International Aviation) and the promotion of sustainable aviation fuels are the axes on which the emission reduction strategy must pivot.

Within the framework of the 41st ICAO Assembly, the election of the members of the Council for the next triennium will take place, as was done in the last edition. The Council is the governing body of the Organisation and is made up of 36 members, Russia being one of them. In this context, the minister took advantage of her intervention to question the appropriateness of Russia being re-elected after invading Ukraine. “Thus, as other delegations have already done, I would like to invite this Assembly to reflect on whether a State that does not respect international regulations deserves to be represented in the governing bodies of International Organisations”, she assured.

Beyond the climatic and geopolitical challenges, Raquel Sánchez recalled how Covid-19 has deeply affected the sector with an almost total paralysis of air transport and highlighted ICAO’s effort and leadership during the pandemic in the recovery of the sector. Thus, it was the organisation that formulated recommendations so that the States could optimise air transport and developed the High-Level Conference on Covid-19, among other actions in support of the sector until the total recovery of air traffic.

In her speech, the head of Mitma made special mention of the conflict caused by Russia’s invasion of Ukraine, showed Spain’s solidarity with Ukraine and condemned the “unjustified war started by Russia that seriously violates international agreements and endangers international stability.

The minister has also highlighted two issues that, as she has stated, must always be on the aviation agenda of the future:

Support for initiatives that improve care and help alleviate the pain of air accident victims and their families.

Active policies on gender equality in the sector.

At this point, the minister has announced that Spain is working with the ICAO, in the celebration next year in Madrid, of the second “World Summit on gender equality in aviation”. An event that will continue the one held in South Africa in 2018 and that demonstrates the commitment of the Government of Spain in achieving gender equality in the aviation sector.

Previously, the minister visited the Airbus A220 assembly line in Mirabel (Quebec) where she congratulated the aeronautical manufacturer for its commitment to protecting the environment and pointed out the importance of European and international industrial collaboration and joining efforts to reduce greenhouse gas emissions from the aviation sector.

A clear example of the Ministry’s commitment to the sustainability and reduction of emissions from international aviation are the policies being developed by the air navigation manager ENAIRE. For example, the public company has created a Directorate of Civil-Military Coordination to facilitate the use of military areas by commercial aviation, which allows a flexible concept of airspace and facilitates the use of shorter routes.

In this sense, the manager began in April the implementation of the operational concept of free routing or “Free-Route” of flights in Spain. The new operation will allow aircraft to fly more efficiently and sustainably between defined points in Spanish airspace.

Recently, the European network manager, Eurocontrol, has congratulated ENAIRE for the advances in Civil-Military Coordination and Free-Route, and for its contribution to reducing flight delays throughout the European network during the summer, in which traffic levels have been recorded in some cases higher than those of 2019.

In addition, ENAIRE is improving the efficiency of flights through greater use of continuous descent operations, as provided for in its Strategic Plan, the 2025 Flight Plan. All these measures contribute significantly to saving fuel and emissions into the atmosphere.