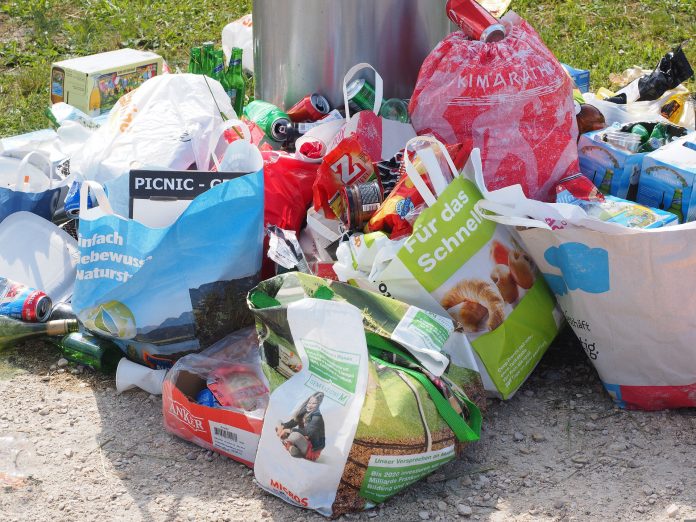 Although most municipalities have rules regarding leaving rubbish on the street, Madrid is hoping to solve the problem in the city with a wave of new fines for those dirtying the streets of the capital.

Online shopping is the order of the day, and one of its consequences is that we accumulate cardboard boxes at home, where the products we buy come from. But this or any other cause is not a reason to leave large cartons or boxes outside the appropriate recycling bin, an image that you have surely seen more than once. To stop this fact, it will be sanctioned with amounts between 200 and 2,000 euro.

In the case of establishments that have a commercial ‘door-to-door’ collection service, a fine of 750 euro will be sanctioned if they deposit their cardboard in the containers provided for general citizens, the same will happen in the case of glass.

Depositing any waste such as wine bottles, glass jars, or any other type of garbage that goes in the green container, will have a stipulated time. Specifically, there will be 14 hours available to recycle glass, from 08:00 a.m. to 10:00 p.m. Doing so after ten at night can result in a fine of up to 750 euro.

This regulation has been included mainly to avoid the noise produced by this activity, with the intention of improving neighbourhood life which, in this case, mainly affects narrow streets and lower houses.

Until now, the penalty for throwing a piece of paper in the street and for leaving several bottles on public roads were comparable if we talk about penalties in the city of Madrid. With the new Ordinance, for the first time the second type of infractions is raised from minor to serious, increasing the fine from 600 euro to 2,000. This decision derives from the hope of making bottles disappear from the streets, since they leave large amounts of waste in addition to being able to disturb public order.

Graffiti: The punishment for this type of vandalism was toughened in 2020, and now it is being done again, so that graffiti carried out on any surface in Madrid will be fined at least 2,000 euro and can go up to 3,000.

In the case of inscriptions or drawings on containers, columns, doors or other types of urban furniture, the penalty will be 600 euro. In all cases, the requirement to repair the damage will also be required. In situations of recidivism for ‘graffiti’, the sanction may be increased up to 6,000 euro.

Leaving advertising on portals and canopies, such as brochures, posters, cards, pages, and any type of advertising element, those who place them in places that are not intended for it will be penalised with a fine of 750 euro. The activity of ripping or tearing posters, banners or stickers will also be penalised, since they also contribute to dirtying public roads.

67 million euro to look after the roads this winter

The Spanish water reserve is at 32.5 percent of its capacity