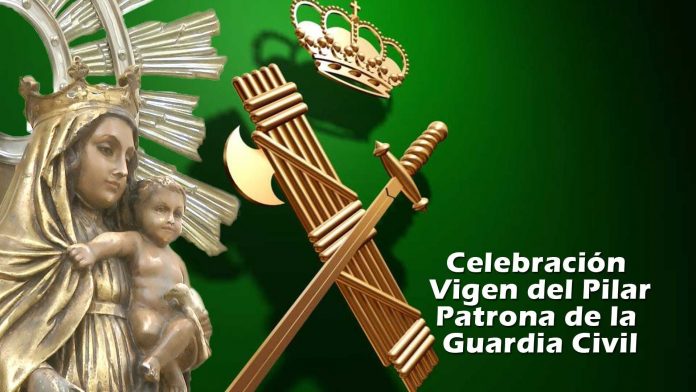 The Guardia Civil will celebrate their Patron Saint, the Virgen del Pilar, between October 03 and 09 in the city of León and its province.

The central act, which will take place on Sunday 09, will consist of a military parade on Calle Cruz Roja in the city of León in which troops and vehicles from different units will participate. 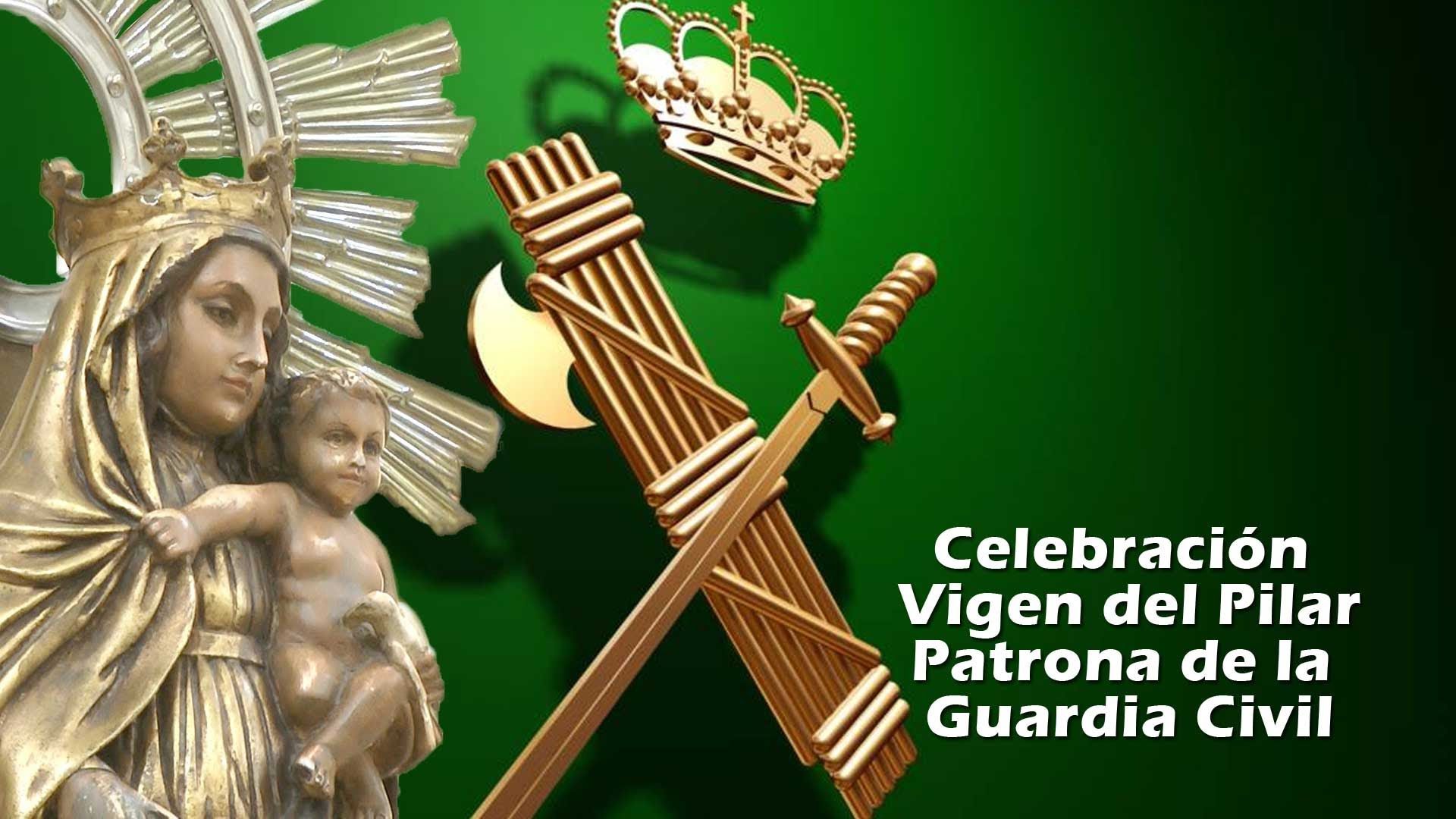 Although the event will be celebrated nationally, this year, the Guardia Civil has chosen the city of León and its province to commemorate the festivity of the Patron of the Corps.

Within the framework of this Institutional Week, several activities will take place, among them, a solemn hoisting of the National Ensign, a military parade, an exhibition, and a showcase of procedures.

These events are held annually during the week prior to October 12, the day of the Virgen del Pilar, Patron Saint of the Body, in a city of the national territory, having been chosen this year León and its province.

The aim of this celebration is to bring the Guardia Civil closer to the public, making them aware of the specialties that the Corps has and the daily work it carries out in the service of society.

At 10:00 a.m. there will be a solemn Homage and Hoisting of the National Flag in the Plaza de Regla (Cathedral) which may be attended by people who wish to do so until the capacity of the plaza is complete.

At 11:00 a.m. at the Diocesan Museum and Holy Week, at 12 calle Mariano Domínguez Berrueta, the exhibition “The Guardia Civil at the service of citizens” will be inaugurated, which will remain open to the public until October 16, in which the history of the Guardia Civil, its structure and organisation, as well as its functions, missions and specialties are exposed through different panels and materials.

At 12:30 on Calle Guardia Civil, a plaque commemorating the old barracks will be unveiled. Later, at 1:30 p.m. in the Auditorium of the City of León, the City Medal will be presented to the Guardia Civil.

At 5:00 p.m. there will be a “Meeting of female managers” at the Faculty of Economics of the University of León.

On the 4th, the “School Workshops” will begin , children’s activities, aimed at primary and secondary school students, which will take place on the 4th, 5th, 6th, 07th at Espacio VIAS on Av. del Padre Isla, 48, with a from 9:30 a.m. to 1:30 p.m. where schoolchildren will be informed about the work carried out by different specialties and will be offered advice on road safety, nature protection, as well as experimenting with criminal investigation activities and police intervention, offering schoolchildren the possibility of interacting with agents in the various fields that are presented.

Also on October 4, at 5:00 p.m. at the Teatro San Francisco, calle la Corredera, 1, there will be a screening of the film “La Niebla y la Doncella”, from the book by the writer Lorenzo Silva. Subsequently, there will be a Cinema Forum in which, among others, the writer Lorenzo Silva himself and the Director of the film Andrés Koppel will participate, as well as personnel from the Guardia Civil’s Central Operational Unit (UCO). Free tickets available until full capacity through www.tickets.janto.es

On the 5th, in the vicinity of the Riaño Reservoir, a series of activities will take place.

At 09:00 a.m., all those who wish may share with the members of the Mountain Rescue and Intervention Group (GREIM) the simple hiking route, “Cueva de la Vieja del Monte”, starting from the “luchódromo” from the town of Riaño. To register, those interested must previously send an email with their data to: le-cia-leon@guardiacivil.org

At the same time, at 09:00 the 2nd Guardia Civil bike procession will take place with the León-Riaño-León route. It will leave from the Comandancia building located at Av. Fernandez Ladreda, 65 de León, and to register, those interested must previously send an email with their data to: le-cia-leon@guardiacivil.org

Then, at 12:00 noon, the GREIM Mountain Group, the Underwater Activities Group (GEAS), helicopters, SEPRONA and Citizen Security will carry out a demonstration of operating procedures in the Riaño reservoir.

Later, in the town of Riolago de Babia, at the Casa del Parque Babia-Luna (Palacio de los Quiñones), at 5:30 p.m., the Guardia Civil Area and Equality will organise “Being a Civil Guard and other professions without gender. Breaking stereotypes”, in which professionals from different areas of society will participate.

At 6:00 p.m., in Camponaraya (León) there will be an Equestrian demonstration by the Cavalry Group of the Guardia Civil and other operational units. Access will be free.

At 09:00 a.m., a Cybersecurity Seminar “Digital access and cybersecurity” will take place at the National Security Institute (INCIBE), (Av. de José Aguado, 41 León). This course will take place on days 6 and 7. Registrations can be made at https://www.cugc.es/investigacion/jornadas-de-ciberseguridad.html

At 5:00 p.m., a talk will also begin on the occasion of the 100th Anniversary of the Guardia Civil Mobile Material Service at the Diocesan Museum and Holy Week.

At 09:00 hours the Cybersecurity Seminar will continue at INCIBE.

At 1:00 p.m., the awards ceremony for the “Meritorious Cover” contest will take place at the Guardia Civil Command headquarters. All citizens will be able to enjoy the tapas and find the map of the participating establishments at https://www.tapabenemerita.com/

At 5:30 p.m. in the Plaza de Toros de León, there will be a demonstration to the public of the action procedures of various Guardia Civil Units, with specialties such as cavalry, cinology (dogs), deactivation of explosives and mountain rescue, among others. others. This demonstration can be accessed freely until full capacity is reached.

At 7:00 p.m. in the León Auditorium, a Music Concert will be offered to the public by the Music Unit of the Guardia Civil, whose solidarity collection will go to ACCEM. Tickets can be purchased through https://auditorio.aytoleon.es/

From 09:00 hours the activity Stage of the Camino de Santiago will take place. The inscriptions of the same can be carried out through www.tickets.janto.es The collection of the inscriptions will go to ACCEM.

At 9:00 p.m. in the Plazas de San Marcelo, Regla, San Martirio and del Grano, the Retreat Ring will take place, by members of the Guardia Civil Drum and Bugle Band and the War Band of the Artillery Regiment of Campaign nº 63 of the Spanish Army.

At 12:00 p.m., on Calle Cruz Roja de León, the central military act will take place, consisting of a military parade, imposition of decorations and subsequent parade, in which members of the different Guardia Civil Units will participate, including vehicles, as well as the Cavalry Group.

In the afternoon, at a time to be determined, a solemn lowering of the National Flag will take place in the Plaza de Regla.