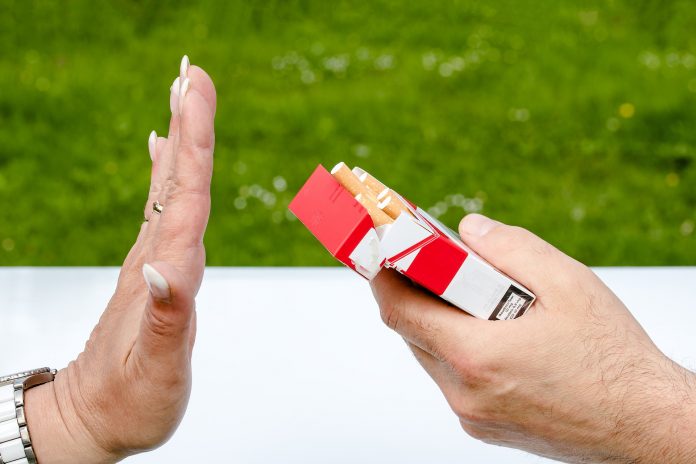 The FACUA-Consumers in Action association has joined the more than a hundred health, civil rights and consumer associations, both national and international, that have shown their rejection of the Treasury’s announcement to grant more than 200 new licences to open tobacconists in Spain.

Through a letter, they demand the President of the Government, Pedro Sánchez, reverses the decision and moreover actually reduces the number of tobacco sales points and vending machines, a measure already claimed in the Declaration of the End of Smoking in Spain Endgame 2030.

The associations denounce in this statement that, with the opening of new tobacconists, Spain will be unable to meet the goal of reducing cancer by 2030 agreed by the EU, in addition to going against the spirit of the UN sustainable development goals.

This platform of 127 associations, promoted by Nofumadores, the National Committees for the Prevention of Smoking in both Spain (Cnpt) and France (Cnct), the Tobacco Control Unit of the Catalan Institute of Oncology (Ico) – Collaborating Centre of the WHO for Tobacco Control, the European Network for the Prevention of Smoking (Ensp) and Action on Smoking and Health (Ash), demands that the call for public auction of new tobacco outlets be annulled.

In addition, the tobacco control sector demands that tobacconist licences that expire after 25 years that are not essential not be renewed, especially those close to schools and playgrounds. It is also requested that the Government implement the Comprehensive Smoking Plan 2021-2025 as soon as possible, as well as the legislative modification of Law 28/2005 on Smoking Prevention.

In this letter, the signatories accuse the Government that both the paralysis of the Comprehensive Smoking Plan and the indiscriminate increase in tobacconists and vending machines benefit the tobacco industry against the interests of Spanish and European citizens.

Specialists recall that Spain is in 54th place out of 96 in the international index of interference in the tobacco industry. The president of Nofumadores, Raquel Fernández Megina, stresses that “all this makes us suspect that these decisions are the result of pressure that the Government receives from the tobacco industry, either directly or through the Autonomous Communities, such as Extremadura and the Canary Islands, where the industry is very powerful both for the cultivation and for the manufacture of tobacco and there is great proximity to the political class”.

Nofumadores have pointed out that the Government has a duty to report and declassify contacts with the tobacco industry, since it has a direct impact on how our society will be shaped in the next quarter century.

Tobacco control associations also demand that the Government comply with the Declaration of Madrid-2018 for Health and for the Advancement of Tobacco Regulation in Spain, where the need to increase taxes on tobacco products and the nicotine, and the harmonisation of prices with France, as well as limiting tobacco advertising at points of sale in order to significantly and gradually reduce the prevalence of smoking, prevent the entry of adolescents into this addiction, while maintaining the tax collection.

The letter sent to the Presidency of the Government, with a copy to the Minister of Finance, criticises the extreme concentration of tobacco outlets on the border with France, where there are 50 tobacconists per 10,000 inhabitants (when in the rest of the country it is four per 10,000). Spain is flooding France with cheap tobacco and generating an underground economy of people who cross the border to resell the tobacco bought in Spain, turning our country into a kind of “tobacco trafficker”.