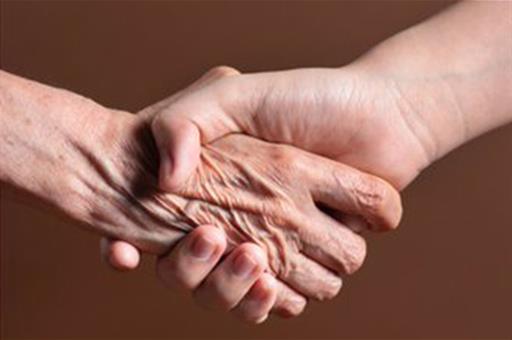 The Ministry of Health continues to promote actions based on the best available evidence to progress in the prevention, diagnosis, treatment, and care of people with Alzheimer’s and their caregivers, hand in hand with the autonomous communities, scientific societies and patient associations.

The announcement was made following World Alzheimer’s Day, yesterday, the Ministry of Health thus recalls the importance of continuing to work to improve the quality of life of these people and their caregivers.

It must be borne in mind that Alzheimer’s goes far beyond memory loss as it affects behaviour, cognitive abilities and the performance of activities of daily life, reducing the autonomy and independence of those who suffer from it, leading to an important human and economic cost for carers.

According to WHO data in 2019, caregivers spent an average of five hours a day providing support for daily living to the person with dementia and 70% of this care was provided by women.

From the Neurodegenerative Diseases Strategy of the National Health Service (SNS), the “Manual for training and support of caregivers of people with dementia” has been prepared in collaboration with CEAFA (Spanish Confederation of Alzheimer’s) and its content is an adaptation of the iSupport tool of the World Organisation of Health translated into Spanish and adjusted to the particularities of our country.

This project responds to objective 6 of the Strategy on “Support for caregivers” in order to help the caregiver to face the daily challenge of caring for a person with dementia, as well as taking care of themselves, providing information, and providing a range of skills that can be useful to address the different phases that people with dementia go through.

The Ministry of Health has addressed this pathology within the Neurodegenerative Diseases Strategy, approved by the Interterritorial Council in 2016 with the consensus of all the agents involved and based on the best available scientific evidence. Later, in 2017, Spain supported the WHO Global Action Plan in response to dementia 2017-2025.

On December 2, the CISNS approved the Approach Document for Alzheimer’s and other dementias, which seeks to go beyond the Global Strategy, and cover those particular aspects of Alzheimer’s that had not been included in the Strategy on Neurodegenerative Diseases in in terms of clinical, care and social aspects, as well as the available resources on which coordination can be based.

Both the Strategy and the World Plan of Action converge in the main lines of work that must be put in place to improve both the lives of people with Alzheimer’s and of their caregivers and families, while setting goals to reduce the impact on health of patients, in the environment where they live and in providers of health and social services.

Specifically, the Strategy is an extremely useful instrument for the autonomous communities to implement actions that improve the quality of health and social care, promoting equity in the health benefits of the SNS.

The Ministry of Health has also been supporting this Strategy through the distribution of funds to the Autonomous Communities since 2018. Specifically, this year the amount of the budget has reached the amount of 1,409,035 euro.