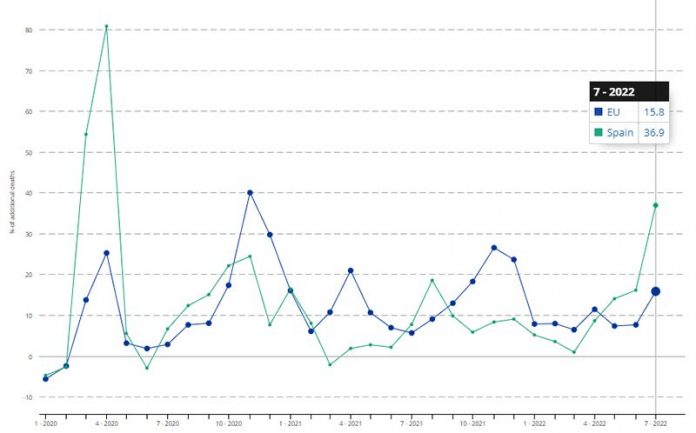 More than two years after Covid-19 arrived in Spain, the feeling among a lot of the population and administrations is that the worst of the pandemic is over. The high immunisation, although only 54% of the population have been boosted, and the lower severity of the disease encourage this, but there are data that reminds us to remain vigilant with this and other health crises.

The European Statistical Office (Eurostat) has updated the statistics on excess mortality. With data for the month of July, based on a compilation of weekly death reports, this surplus of deaths in the EU was 15.8% higher than pre-pandemic levels (collected between 2016 and 2019). 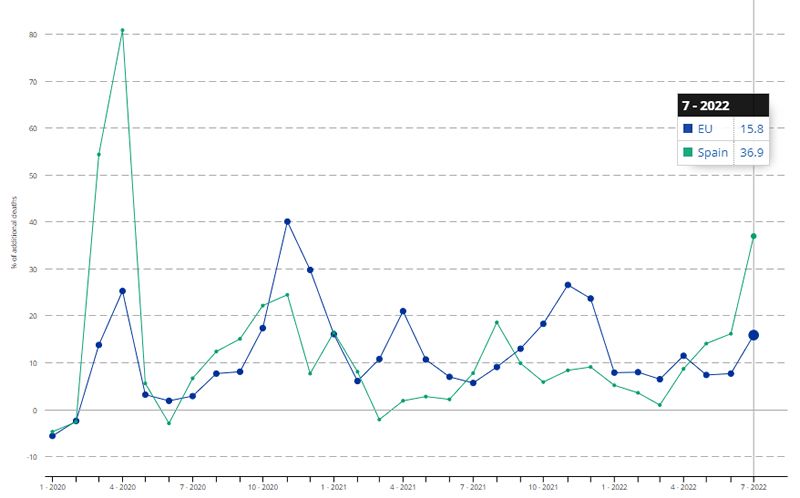 Coincidentally, the countries in which a higher volume of deaths were reported compared to previous years are located in the south of the continent, a circumstance that could be related to the seventh wave of Covid-19 infections but also to the high temperatures recorded in these territories during the summer, which in some cases has broken all records. For example, in Spain it has been estimated that there have been 1,594 deaths attributable to heat, exceeding those in 2020 and 2021.

In these two and a half years of the pandemic, there have been several periods in which the increase in deaths has been more evident and significant, coinciding with the different epidemiological waves of infections that have affected European citizens.