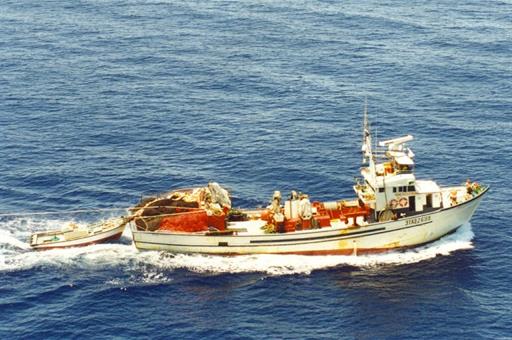 The Minister of Agriculture, Fisheries and Food, Luis Planas, has informed the regional councillors that Spain will try to get the European Commission to review the decision to close deep-sea fishing in 87 areas of the marine continental shelf.

The ministry understands that it is a measure that lacks rigor, since the latest available scientific reports have not been taken into account, and it has been taken without taking into account the criteria of proportion and balance included in the Common Fisheries Policy (CFP).

The minister, who has chaired the Consultative Council for Community Fisheries Policy, has reported that Spain, France and Ireland have requested that this matter be included on the agenda of the next Council of Ministers of Agriculture and Fisheries of the European Union (EU) in which they will defend that once the Commission has the new report of the International Council for the Exploration of the Sea (ICES), review its decision urgently.

Planas has assured that Spain will not give up its efforts. At the meeting held on July 26, it was already clear that the Commission’s proposal lacked scientific rigor and made an inadequate application of the ICES scientific recommendation. The minister recalled that there is better, more precise and up-to-date scientific information available than that used by the Commission. In addition, the ICES recommendation is not conceived or oriented to all fleets and points out, for example, that it is possible to exclude, among others, some areas of the Gulf of Cádiz. The ministry understands that the inclusion of bottom longlining among the prohibited gear does not make sense either because it hardly has an impact on vulnerable marine ecosystems (VME).

Luis Planas has reiterated that Spain shares the objective of the conservation and protection of vulnerable marine ecosystems and defends the adoption of measures to achieve it, but as long as they are balanced, weighted and based on the three pillars of sustainability contemplated in the CFP, environmental, economic and social.

The Official Journal of the European Union (EU) the regulation that, within a period of 20 days, orders the closure of bottom fishing in the 87 areas, has now been published. The minister has reported that today, Wednesday 21 September, the General Secretary for Fisheries, Alicia Villauriz, will meet with the fisheries sector and the autonomous communities to analyse the details of its application.

In the Consultative Council, the minister also pointed out that Spain will demand from the European Commission a firm defence of community interests in the negotiations that have to be held before the end of the year on fishing opportunities and the distribution of stocks in waters shared with the United Kingdom and in the agreement with Norway. The objective, according to the minister, is to achieve the best fishing possibilities, which are sufficient to guarantee the profitability of the fleets, at a time of special difficulties such as this.