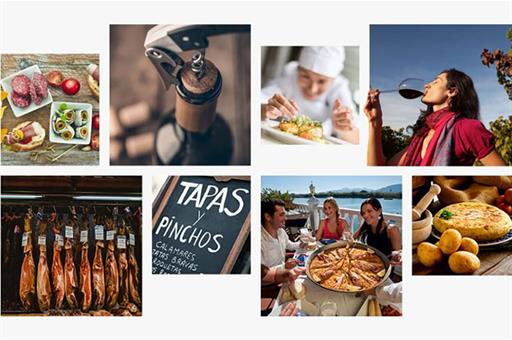 The month of August closed with 2,624,330 Social Security affiliates linked to tourist activities, which represents a year-on-year growth of 10.9% and the creation of 257,829 new jobs, according to data released by Turespaña.

The tourism sector continues to lead the creation of employment in Spain, contributing 4 out of every 10 new affiliates and representing 13.2% of the total number of affiliates in the national economy. In addition, August doubles the growth in employment compared to the same month of 2019, when 129,867 (5.2%) new affiliates were registered.

The Minister of Industry, Commerce and Tourism, Reyes Maroto, pointed out that “the good employment data shows the excellent summer campaign we are experiencing and places tourism as one of the sectors that is contributing the most to job creation at the despite the context of uncertainty”.

For the head of Tourism, “despite the context of uncertainty, the measures put in place by the Government, especially the shock plans to deal with the consequences of the war, are protecting families and companies and generating confidence that the travel and tourism sector needs to maintain its recovery, which for the moment has not been affected and could continue in the coming months according to the forecasts we have”.

The variation of affiliates was positive in all tourist branches. In other tourist activities, the increase was 77,650 workers, while in hospitality the increase was 175,133 members (105,072 in food and beverage services and 70,061 in accommodation services). In travel agencies the increase was 5,046 workers.

The number of wage earners, which represents 81% of the total number of workers, increased by 13.5% compared to the same month of the previous year and that of the self-employed increased by 1%.

In the month of August 2022, employment in the hotel industry and travel agencies/tour operators as a whole increased in all the autonomous communities. In absolute figures, the greatest increases occurred in Andalusia, the Balearic Islands, Catalonia, the Canary Islands, the Valencian Community and the Madrid Community.

In relative terms, the interannual increase in the Balearic Islands (21.7%) and the Canary Islands (16.5%) stands out.

Company fined for recording conversation with employee without permission