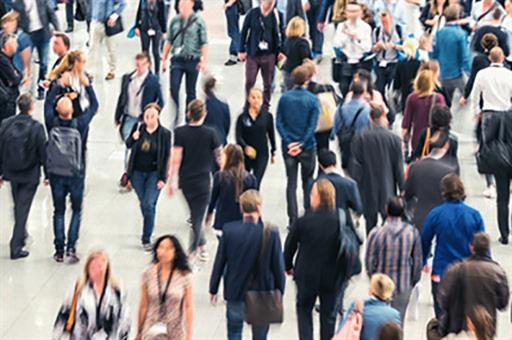 Job creation look set to be intensified in September, with a forecast increase in Social Security affiliates of 60,000 people in seasonally adjusted terms, according to experimental statistics prepared with data available in the first fortnight of the month.

“Employment will thus add seventeen consecutive months of growth, despite international uncertainty; the affiliation of the third quarter provides new evidence of the strength of the Spanish economy”, said the Minister of Inclusion, Social Security and Migration, José Luis Escrivá, at a press conference.

With this new increase, 400,000 new jobs will have been added since the beginning of the year and 750,000 affiliates since August last year, when pre-pandemic levels were reached.

The new increase in enrolment adjusted for seasonality and the calendar effect in September, of 60,000 people, is higher than the average registered in the Septembers of the 2017-2019 period, of 43,000. In the original series, the expected average affiliation is an increase of about 40,000 affiliates, a much better performance than the average for September 2017-2019, of 17,000 affiliates.

By sectors, for yet another month the recovery in employment reaches almost everyone and is more intense in higher value-added activities, with a particularly favourable variation compared to pre-pandemic levels in IT and Telecommunications (+17, 4%), Health Activities (+9.6%) and Professional, Scientific and Technical Activities (+9.2%).

The data also show that the overwhelming shift in hiring towards indefinite formulas caused by the labour reform is consolidating as a trend: in September, 83% of affiliates have an indefinite contract (14 percentage points more than in the years prior to the pandemic). Among those under 30 years of age, the increase is 32 percentage points: from an average of 37% in September 2017-2019 to 69% in September 2022. There are a total of 1.7 million more affiliates with indefinite contracts than in the pre-pandemic years. All this is reflected in an increase in the average duration of contracts: so far this year, more than 600,000 contracts of more than 30 days have been signed than in the same period of 2019.