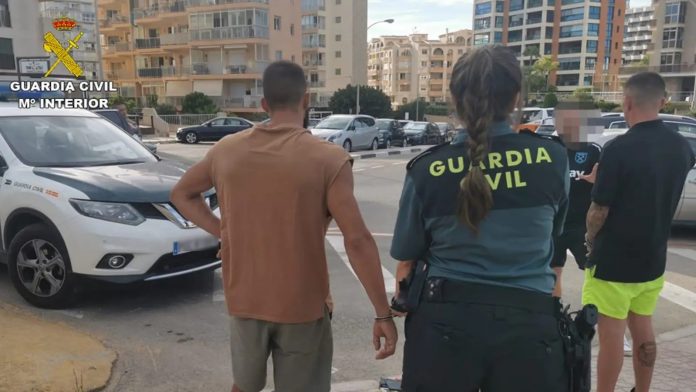 As part of their Major Security Plan, the Guardia Civil Guard arrested the five members of a criminal group that operated in Madrid and in several locations in the Marina Alta and Marina Baixa by posing as inspectors or workers of an Electric company in order to scam their victims, who were mostly elderly.

The investigation began in July, when the Guardia Civil detected an increase in robberies and thefts at homes in Calpe and other municipalities in the Marina Alta and Baixa. The modus operandi was always the same: they selected their victims, all around 80 years of age, by telephone and with the promise of lowering their electricity bill and made an appointment to go to the victim ‘s home. Once there, one of the members distracted the victim, and the rest of the gang ransacked the house. If the victim discovered the fraud, they did not hesitate to use physical violence. They also used lockpicks or false keys to access houses when their inhabitants were not there.

The gang was made up of five Spanish men between the ages of 28 and 30, who are accused of more than a dozen robberies and thefts in homes in various towns, including Calpe, where they had their residence in a house occupied and La Vila Joiosa. The agents arrested the five components, after an investigation that placed them in a squat in Calpe, when they learned that they were about to leave the Calpe home and move to another place.

The Court of Denia has decreed the provisional release of the members of the gang, who are prohibited from leaving the country and must appear periodically in court.