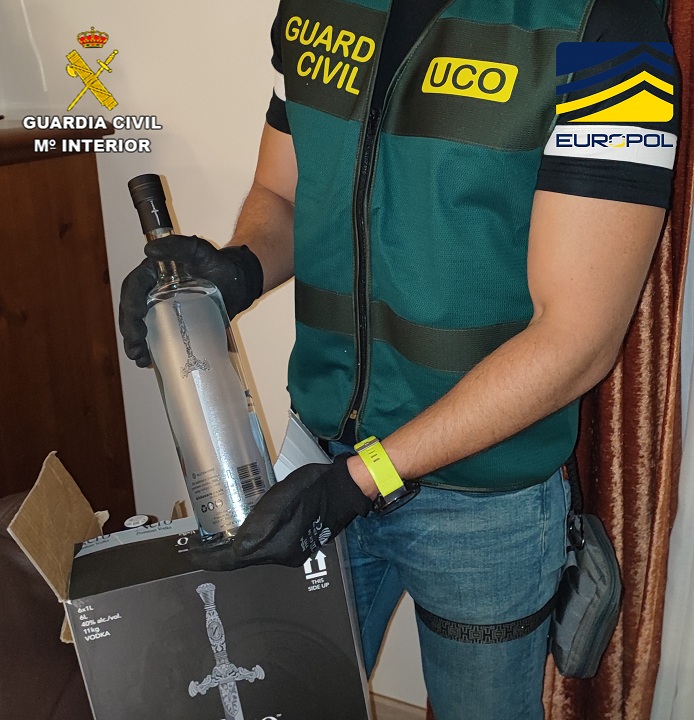 The Guardia Civil, through what has been called operation WHITEWALL, has dismantled the most important international criminal organisation that operated in Spain dedicated to money laundering, where in just over a year and a half they could have laundered more than €200,000,000 through of the well-known “Hawala” method.

The investigation, carried out by the Malaga-based Organised Crime Team of the Guardia Civil’s Central Operational Unit and internationally coordinated by the Judicial Police Technical Unit (UTPJ), began after a series of actions carried out at the beginning of 2021, in which more than 200 kilograms of cocaine and nearly €500,000 in cash were seized in the province of Malaga, all of this through “heated” vehicles, that is, with sophisticated concealment systems in their inside.

The head of the structure in Spain was dedicated to collecting large amounts of cash from criminal organisations that operate in Spain, delivering them through the so-called “Hawala” method to organised groups from other countries and vice versa, having been able to corroborate the researchers who, in the time that the investigation lasted, would have managed to transfer more than 200,000,000€.

The main members of the organisation in Spain had created a luxurious brand of vodka promoted in shows, parties and events in nightclubs and restaurants in luxury areas of the Costa del Sol, appearing to be a successful brand of drinks, facts that were totally different from of reality since, according to data from the Tax Agency, the company could not be supporting the standard of living of the detainees.

In the same way, they have founded another company in the United Kingdom dependent on another company incorporated in Gibraltar, in order to hide the true identity of the administrators of the companies that were used to launder capital from “Hawala”.

One of the members of the criminal organisation, who ran a car buying and selling business, was in charge of providing vehicles to this criminal group, in which he had previously made double bottoms with sophisticated opening methods so that the large amounts of money in cash could not be detected in possible police controls.

This thousand-year-old financial system emerged in the Middle East with the famous Silk Road, as a form of protection against possible assaults that merchants could suffer when carrying money during their trips. This system allowed the traveller to deliver money at origin to a “hawaladar” who had money at the traveller’s destination. Once the end of the journey was reached, the traveller contacted another “hawaladar”, a colleague of the first, who, after receiving the code, would give him the amount, thus avoiding the traveller having to carry cash throughout his journey.

The evolution of these informal transfers of funds to modern times goes through the communication by means of encrypted codes, known as “token”, between the issuers/receivers of the money and the “hawaladares” who participate in the organisation, usually being the number of series of a legal tender banknote, thus ensuring that the amount of the transaction can only be delivered to the person who carries that unique banknote in the world.

There is no legal record of these operations or identification of the clients, the origin of the funds and their destination being unknown, making them totally opaque to the legal financial system. For this reason, they are used by criminal organisations around the world, as well as by terrorist groups, serving to hide profits of illicit origin or to send them to tax havens.

Overall, the WHITEWALL operation has resulted in the arrest of three people in Spain and one in England, with 11 searches being carried out in both countries.

The main detainee was listed as HVT (High Value Target) for EUROPOL, with the Guardia Civil having the collaboration of the British NCA, the American DEA, the Dutch Politei and the Irish Garda and a mobile office of the European Centre for Financial and Economic Crimes (EFECC) of EUROPOL, for the execution of the operation in Spain.

Several vehicles have been seized with double bottoms inside, cash and abundant documentation and electronic devices, of great interest for the investigation, a reason that leaves this operation open, not ruling out new arrests.