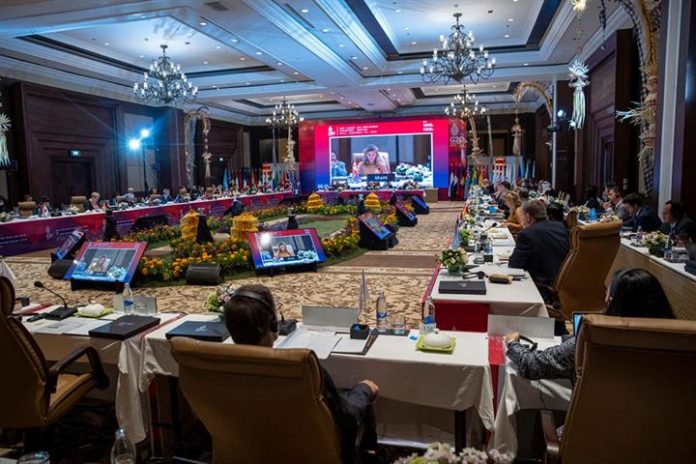 The second vice president and minister of Labour and Social Economy in Spain has defended the need to raise wages to the G20, a measure that has also been advocated in that same forum by the International Labour Organisation (ILO) and the Organisation for Cooperation and Economic Development (OECD).

Díaz has highlighted the call made by the OECD or the ILO to raise the minimum wage and act against the loss of purchasing power of wages in the world as a whole, due to the panorama of high inflation. “In line with what the Spanish government is defending, a specific appeal is being made for those who have extreme difficulties in gaining access to energy and food”, the minister pointed out.

At the ministerial meeting of Labour and Employment Group of the G20, made up of 19 countries and the European Union, the vice president explained that in the current economic context, wages are victims and not responsible for inflation.

“We are not facing a demand crisis and, therefore, we cannot react as was done in the past, depressing salaries. Our duty as political leaders must be that no crisis, be it health or energy or climate, results in a social crisis”, Díaz assured.

The vice president has also shown her satisfaction with the proposal included by the G20 in its final declaration to strengthen public investment in the training of workers, a key instrument for the ecological and digital transitions to be fair and inclusive and to provide a decent job. “In Spain, -the minister pointed out in her speech-, we have already carried out a reform of the contracts so that young people can move with more training to employment and we are about to approve a reformulation of our training law at work very in line with the revised G20 skills strategy”.

In Indonesia, the Minister of Labour has met with representatives of the social agents that make up the G20, business organisations and trade unions, with whom she has agreed on the need to continue deepening social dialogue and to promote measures that guarantee adequate, fair, and non-discriminatory wages.

“We will continue to work in defence of wages, in defence of working people not being victims of this crisis again”, assured the head of Labour, who has also defended the need for a new, greener and more feminist social contract, that has as a priority the correction of global inequalities.

For their part, the unions have praised how the Social Dialogue has been promoted in Spain and the reforms in terms of digital and green transition.