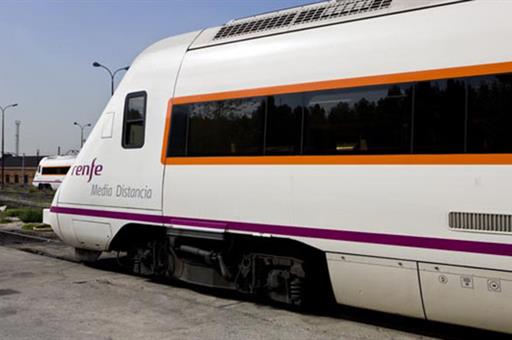 The Ministry of Transport, Mobility and Urban Agenda (Mitma) confirms the good reception of public transport discounts for regular users by highlighting, as announced by the President of the Government, Pedro Sánchez, that Renfe has already issued more than one million (1,011,131) free tickets for Cercanías, Rodalies and conventional Media Distancia to travel until December 31, 2021. Of the total free tickets issued, 77% correspond to tickets to travel in the different Cercanías hubs.

In addition to the free season tickets for regular travellers, Renfe has sold some 14,800 tickets with 50% discounts for AVE and Avant to use medium-distance and high-speed services until January 31, 2023. Thus, in total, Renfe has issued 1,025,910 tickets with some type of bonus since August 24.

According to estimates made, this measure, taken by the Government to mitigate the effects of the crisis caused by Russia’s invasion of Ukraine and promote the use of public transport, reducing energy dependence and emissions, will benefit more than 75 million displacements.

This aid, approved by the Government on August 1 and launched on September 1, will save 118 million litres of motor fuel and avoid the emission of 360,576 tons of CO2 into the atmosphere, if the transport had been carried out by car.

To access the free Renfe Cercanías and Media Distancia subscriptions, you must be registered, because they are personal and non-transferable. To speed up the process, it is easier to do it through Renfe’s mobile applications or website, where the procedure for obtaining this new multi-trip ticket is explained step by step, as well as its conditions of use. So far nearly a million users have done so since August 8.

Travelers who have not registered through the Renfe website or apps can purchase the ticket at the sales offices or self-service machines at Renfe stations, presenting their NIF, NIE or passport.

Although subscriptions are free, you must deposit an amount of 10 euro in the case of Cercanías, and 20 euro for Media Distancia. This deposit will be returned at the end of the season ticket use period if the condition of having made at least 16 journeys in the four months of validity is met.

It is recommended to pay the deposit by card, because in this way the return of the deposit will be made automatically, once the validity period has ended and it has been verified that the requirements are met.