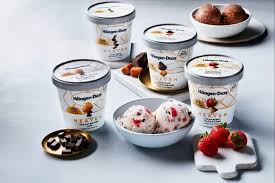 The Spanish Agency for Food Safety and Nutrition (AESAN), dependent on the Ministry of Consumption, has extended the alert for the presence of ethylene oxide in vanilla ice cream and other flavours of the Häagen-Dazs brand.

Specifically, the list of affected products, of various batches and different best-before dates, has been updated. There are already a total of 20 that are being withdrawn from the market since the first notification on July 12.

According to the company itself, the identification of traces of 2-chloroethanol (2CE) in Häagen-Dazs products “is linked to a single supplier and is limited to certain expiration dates.”

“The problem is due to only one ingredient (vanilla aroma),” they have assured. Chemically identical to ethanol, except for having a chlorine atom instead of hydrogen, the compound can be associated with ethylene oxide (ETO).

It should be remembered that ethanol is the alcohol found in beer, wine and spirits. But the 2CE can be formed by other methods such as the production process.

These are the expiration dates for the affected products:

The company has contacted all its customers to block the ‘stock’ of its warehouses and remove them from the point of sale. Also, the company has communicated that consumers who have already purchased them should get rid of them and can contact their Customer Service through: esmd.consumerrelations@genmills.com.