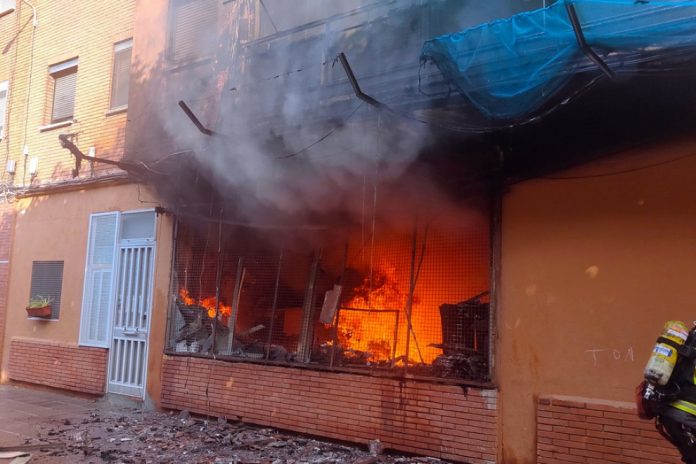 A total of 13 people suffered smoke inhalation on Sunday in a fire that broke out shortly before nine in the morning in the premises of a ten-storey building in Plaça Mossèn Anton in Sant Adrià del Besòs, a city and a municipality within the comarca of Barcelonès in Catalonia, north-eastern Spain.

The fire, which was declared practically extinguished at 10:00 a.m., took place in the basement and the smoke rose through the block.

Some of the residents had to be evacuated and others were confined. About twenty people from a nearby nursing were evacuated.

The fire could have affected part of the structure of the building.