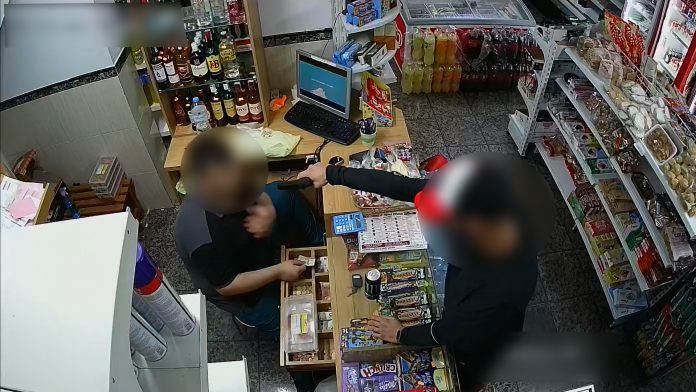 The Guardia Civil has arrested the alleged perpetrator of a robbery committed last Friday in a shop in the town of Coria (Cáceres). The young man, classed as a minor, carried a pellet gun with which he perpetrated the robbery and according to the merchant’s complaint, he took 1,800 euro from the cash register.

The events took place last Friday night, July 29, when the Guardia Civil learned of a robbery, at gunpoint, in a grocery store in the town of Coria (Cáceres).

The agents, during the investigation, had access to the video surveillance cameras of the premises, a food retailer.

The alleged perpetrator of the events was dressed in long-sleeved clothing, a cap and a mask, with the intention of making his identification difficult by covering his facial features.

After viewing, the agents found out that the alleged author visited the store up to 3 times, buying a drink on the first visit. When he was going to pay the amount of the drink purchased in the last one, he took the opportunity to extract a compressed air gun from his back and without stopping pointing the gun at the clerk, he extracted the money from the cash register, worth 1,800 euro, according to the complainant.

The collaboration of citizens has been essential for the resolution of the investigation, as well as that of the relatives of the detainee, who decided to turn himself in, claiming to be the author of the robbery and handing over 780 euro.

Likewise, he confessed the place where he had hidden the weapon, thus being recovered by the agents.

For all these reasons, he was arrested and later released, remaining under the guard and custody of his mother, having to appear before the Cáceres Juvenile Prosecutor’s Office for the crime of robbery with violence and intimidation.

The investigation has been carried out by agents of the Judicial Police Team of Coria (Cáceres).