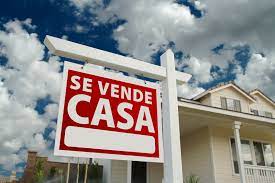 The average price of new and used housing rose 8.9% in July, compared to the same month of the previous year, and 0.9% compared to June data, according to statistics published by Tinsa.

The director of the Tinsa Studies Service, Cristina Arias, explained that the upward momentum of the last month is led by the metropolitan areas and the Mediterranean coast, while the capitals, large cities and other municipalities grow “with an intensity slightly lower than that of the previous month”.

In the case of metropolitan areas, the prices of new and used housing became more expensive by 1% in July, while in the year they accumulate a rebound of 9.7%. For their part, prices grew year-on-year below the national average in the group of ‘Capitals and large cities’, with 8.2%.

The island territories, both the Balearic and Canary Islands, are beginning to show a price stabilisation trend, after the speed with which they recovered from the pandemic break. New and used housing in the Canary Islands and the Balearic Islands rose 0.1% in July and accumulated 4% year-on-year.

However, on the Mediterranean coast, housing continues to rise, with prices rising 0.9% in July and 7.4% year-on-year.

“Demand maintains an upward trend, although it is expected that the change in the monetary policy of the European Central Bank (ECB) will reflect a slowdown in the granting of mortgages derived from the increase in financing and the tightening of risk granting criteria. by the financial entities,” said Arias.