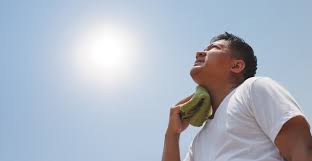 The Carlos III Health Institute estimates that, between July 1 and 29, there have been 9,687 more deaths than expected for that period, of which 2,124 are attributable to high temperatures, with a peak in the middle of the month that it coincided with the second heat wave of the summer.

These are the latest calculations from the Daily Mortality Monitoring System (MoMo), which since June 1 has detected 13,908 more deaths than expected, 3,305 of them due to excessive heat. By age groups, the highest figure is found in those over 75 years of age, especially over 85.

In no case are these real death figures, but rather an estimate made by the MoMo based on a mathematical model that uses three data sources: civil registries, which do not specify the codified cause of death; the temperatures according to the State Meteorological Agency (Aemet) at the provincial level in the same period of time, and the population by age group, sex and province, extracted from the INE.

From there, it makes a statistical estimate of excess mortality for a given day by comparing historical series, but it does not offer real figures for deaths, an estimate that, moreover, cannot be considered consolidated until at least one month has passed since its date of publication, although they give an idea of ​​the evolution of excess mortality in the Spanish population.

With these premises, most of the estimated excess deaths have been calculated for the July period, in which the excess mortality detected amounts to 9,687 deaths, of which 2,124 are directly attributable to heat — heat stroke — or, in much greater proportion, indirect —due to the aggravation of previous pathologies— compared to the 554 that they calculated for last year. This is the highest estimate it has made since this system was launched, with the exception of the historic summer of 2003: that year it estimated an excess of 12,804 deaths in the entire summer—1,719 in June, 2,011 in July, 8,727 in August and 347 the first 15 days of September—. According to the MoMo, the highest peaks in excess mortality this month of July have occurred between the 16th, for which it has estimated 150 deaths, and the 21st of July (147). In between, the highest figures are recorded on the days of 18th and 19th, with 183 and 184 deaths, respectively.