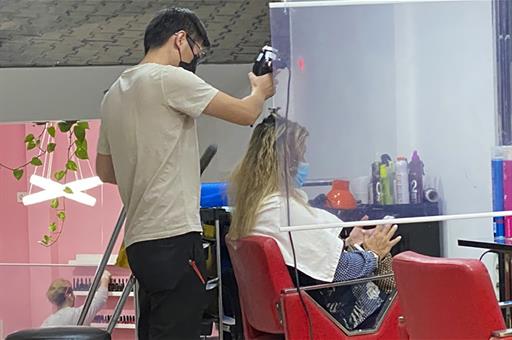 With this data, the first seven months of the year will have added 300,000 more employed. “After the extraordinary data in June, employment growth continues at a good pace in July,” said the Minister of Inclusion, Social Security and Migration, José Luis Escrivá.

Job creation will continue in July for the fifteenth consecutive month, with an expected increase in Social Security enrolment of 30,000 people in seasonally adjusted terms, according to experimental statistics prepared from data for the first fortnight presented by the minister.

The data show that employment growth has been especially intense in sectors with high added value, such as Information and Communications (+16.7%), Health Activities (+10.3%) and Professional, Scientific and Technical Activities (+8.4%), discounting seasonality and the calendar effect. “In addition, one of the sectors most affected by the restrictions during the pandemic, the hotel industry, recovered in July the levels prior to the arrival of the coronavirus after months of intense growth,” Escrivá pointed out.

“The impact of the labour reform is being felt more and more clearly in the quality of employment,” added the minister: in July, the increase in employment with an indefinite contract compared to the pre-pandemic period already reached 1, 5 million affiliates. The weight of permanent contracts is increasing over the months, especially since the part of the reform related to contracting came into force in April: in July, four out of five affiliates have permanent contracts, a difference of 11 points compared to the average for the years 2015-2021.

The improvement in the quality of employment is especially notable among young people: two out of three affiliates under 30 years of age have permanent contracts in July, 30 points more than before the reform. By sectors, some of those that traditionally register more temporary employment have experienced a strong shift in employment towards more stable hiring formulas: food and beverages, accommodation, construction, and administrative and auxiliary activities register percentages of affiliates with indefinite contracts of over 80%.

Other indicators of the increase in the quality of employment that had already been detected since the entry into force of the labour reform continue to consolidate in July, according to Escrivá. Longer-term contracts grow strongly (+476,563), while the number of very short-term contracts plummets (-1,001,084), and the average duration of contracts that have expired in 2022 is 23% higher those that were extinct before the pandemic.

The dynamism of employment and the improvement in its quality is leading to growth in income from social contributions (8.5%) that exceeds the average of previous years (4.6%). “The increase in income from contributions exceeds the increase in spending on pensions, with which the Social Security deficit continues to decline,” the minister stressed.