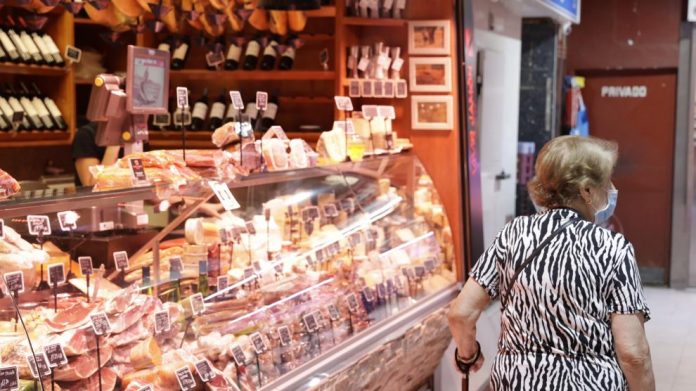 The price crisis that the European continent is experiencing continues to worsen. Waiting for the European Central Bank (ECB) to approve this Thursday the first increase in interest rates in a decade to try to cool down inflation, the CPI of the European Union has broken a new record (and there are already eight in a row), with a year-on-year rise of 9.6% in June. A price rise that in Spain (10%) exceeds the three large euro economies: Italy (8.5%), Germany (8.2%) and France (6.5%) and that goes beyond the index general.

And it is in Spain that the prices of food, transport or hotels have skyrocketed above the references of these three countries. Thus, while in June food and beverages were 13% more expensive than the previous year, in Germany the rise was 11.8%, in Italy 9.2% and in France 6.3%. In the Spanish case, the strong increase in pasta prices (28.8%), milk (20.7%), olive oil (27.2%) and fruit (17.1%) stand out. In these last two products, the increase in prices in Spain exceeds that registered in any other country of the European Union.

Transport prices have also grown in Spain more strongly than in the three large euro countries. While in France this item became more expensive by 14.5%, in Italy by 13.6% and in Germany by 9.2%, in Spain it rose by 18.7% compared to the previous year.

But where the differences between the impact caused by the war in Ukraine are most noticeable is in the price of gas. An energy source that in Spain became 22.9% more expensive in June, almost three times less than in Italy (63.2%) and half than in France (44.4%) and Germany (42.9%).

Another of the most striking data left by the European CPI is that Spain is the country where the prices of hotels and other similar accommodation in the entire European Union have risen the most. Specifically, this item soared 45% in June in Spain, compared to 21.4% in Italy, 18.9% in France and 8.6% in Germany at the gates of a tourist season that is expected to record.

It may seem paradoxical that Spain has higher inflation than countries like Italy or Germany, when these have been much more directly affected by the Russian invasion of Ukraine. If this is so, how is it possible that prices have risen more in Spain, which depends much less on Russian energy imports than its Central European neighbours?

One of the answers lies in the way in which the citizens of each country consume. In the Spanish consumption basket, food, fuel and electricity have a clearly higher weight than Germany, Italy or France. And this affects the way in which the general CPI is calculated: the greater the weight of a given product in the consumption basket, the greater the influence that product has on the general index.

Another of the reasons that are most often adduced to justify the differences is the controversial way that the INE has of measuring the CPI for electricity. The INE methodology only includes households that are in the regulated market (around 40% of domestic consumers), where prices have risen much more than in the free market. Although Eurostat has endorsed this metric, the bias towards the regulated market could be reflecting a higher price rise than the real one.