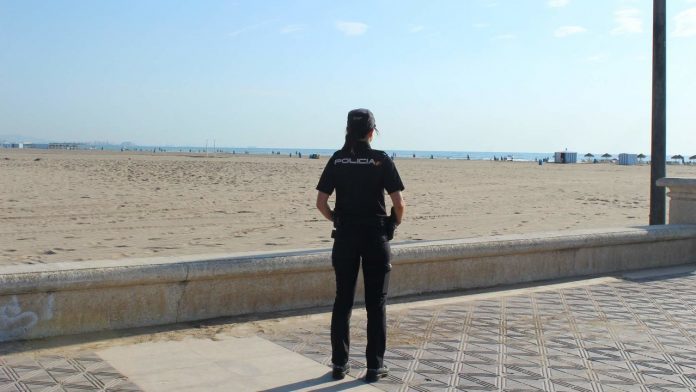 The Supreme Court (TS) has annulled the requirement of having a minimum height of 1.60 metres required of women to be admitted to the entrance exams in the National Police, considering it an indirect discrimination with respect to men, who are required to a less demanding minimum height.

The Contentious-Administrative Chamber of the Supreme Court explains that men are required to have a less demanding minimum height of 1.65 metres, since the percentage of women is much higher (25 per percent) than that of men (3 percent) who do not reach the required height.

The TS points out that the indirect discrimination that would occur by setting the same heights for women and men, which was already proclaimed by the Court of Justice of the European Union (CJEU) in October 2017, is not saved by the mere fact of setting minimum heights different if we do not attend, as in this case, to the accredited differences in average height, according to sex, of the Spanish population.

With this sentence, the Supreme Court upholds the appeal of a woman who was excluded in 2017 from the selective process of entering the Basic Scale of the National Police for failing to meet the minimum height requirement. The affected woman appealed the agreement of the court of the selection process before the Council of Ministers, who dismissed her petition due to administrative silence, for which she filed an appeal before the Supreme Court, also claiming the annulment of the minimum height requirement established in article 7.c of the Regulation of the selective processes and formation of the National Police Corps.

Excluded for measuring 1.56, women argued that the percentage of women who did not reach the required height was much higher than that of men, so that only with a minimum height of 1.54 metres for women would there be equality.

For the complainant, the discrimination occurs because the limits set do not match the current average height standards of men (1.74) and women (1.63) between 20 and 49 years old.

The magistrates, who uphold the appeal, stress in the first place that it is up to the Administration to demonstrate the existence of objective and legitimate reasons for a difference in treatment that is not discriminatory. No justification is offered in this case, according to the Supreme Court, in the preamble of the regulatory norm.

Regarding the position of the State lawyer that police officers, regardless of their sex, must have characteristics that allow them to be valid for different positions depending on the needs, the magistrates respond that the Administration does not say anything, however, “about the justification for the different minimum height in relation to this versatility and its influence on maintaining citizen security”.

Likewise, the TS points out that the alleged purpose of the rule, of allowing the full participation of both sexes in the functions that are specific to said Police Corps, “is in no way related to that different minimum height requirement that is in itself discriminatory because it restricts women’s access”.

The Contentious-Administrative Chamber also underlines that within the selection process there are physical and medical tests that in themselves guarantee the physical and medical suitability for the performance of the functions attributed to the Police, and that, as the appellant points out, within the structure of the Police Corps there are many functional areas that do not require any special physical condition, “much less having a more or less tall stature”.

The sentence also recalls that other police forces require a minimum height below that required by the National Police Corps, such as the Guardia Civil (Scale of Corporals and Guards), where it is 1.60 m. for men and 1.55 m. for women.

The Supreme also annuls the exclusion of women from the selection process, by recognising their right to take the tests. In case of passing said process, the economic and administrative rights that correspond to her, including seniority and ranking, will take effect from the same moment that they did for the applicants named in the call from which she was excluded.

In February, the Ministry of the Interior announced that the General Directorate of the National Police will abolish the minimum height requirement to enter, a measure that could be implemented in the next call for tests scheduled for the year 2023.

The Minister of the Interior, Fernando Grande-Marlaska, stressed that the measure serves to break “one of the glass ceilings” that hindered women’s access: “The current regulation is more restrictive for women. Its limit is only two centimetres below the average height of women, while in the case of men the margin reaches up to nine centimetres”.