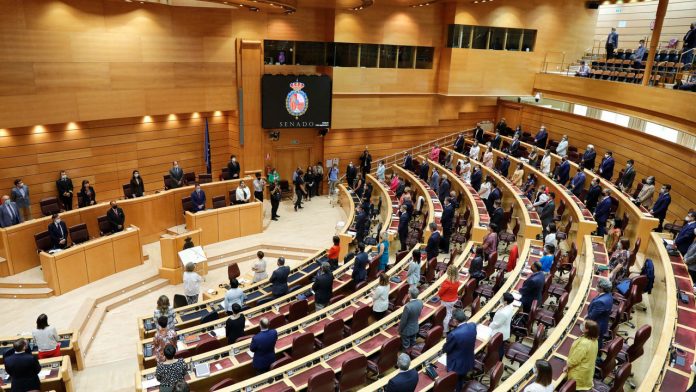 The Senate is holding an extraordinary plenary session today, with which it will say goodbye until September, in which it is expected that the express reform of the PSOE will be definitively approved to unblock the renewal of the Constitutional Court (TC), the Law of ‘yes is yes’ and the Law of Science, among other regulations.

It will be at 11:00 a.m. when this extraordinary session begins in the Upper House that will debate and vote on these three legislative initiatives, in addition to the law on the use of financial information, the reform of the Bankruptcy Law and the modification of the Power Law Judicial in matters of Commercial Courts.

The groups of the Senate gave the green light to the extraordinary celebration of this Plenary in July to be able to approve the laws that came from Congress and that have been processed through the urgent procedure.

For this reason, the Government intends to give the green light to these six legislative initiatives without introducing any amendment so that they are approved definitively, as PSOE parliamentary sources have confirmed.

EXPRESS REFORM OF THE PSOE

The first thing that the groups of the Chamber will have to decide will be if they decide to process by single reading the bill proposed by the PSOE to return to the General Council of the Judiciary (CGPJ) its ability to appoint its two candidates to the Court while in office Constitutional (TC).

Predictably, the Senate will give the green light to approve this express reform in one fell swoop –without going through a presentation or commission–, as the Congress of Deputies did last week. Thus, once the Upper House approves processing it by single reading, this express reform will be debated and voted on Wednesday, being the last item on the agenda, closing the Plenary.

The PSOE introduced this reform on June 24 with the aim of partially amending the reform of the Organic Law of the Judiciary (LOPJ) approved in March 2021 at the initiative of the Government and which prevented the CGPJ from making discretionary appointments in the judicial leadership with the expired mandate, a situation in which it has been maintained since December 2018.

The problem raised is that this limitation of functions has made it impossible for the CGPJ to appoint two of the four candidates who must replace the four TC magistrates who saw their mandate expire on June 12, since it is the corresponding third designate the Government and the governing body of the judges in equal parts, with two candidates each.

LAW OF YES IS YES AND LAW OF SCIENCE

Likewise, the Senate will also address this Tuesday the organic bill for the comprehensive guarantee of sexual freedom, known colloquially as the ‘yes is yes’ law.

This ‘yes is yes’ law will be seen in plenary after the Equality Commission rejected the vetoes presented by the PP and Vox last week, taking one more step towards final approval.

This Tuesday’s plenary session will also serve to foreseeably definitively approve the Science Law, which came out with broad support from the Congress of Deputies. Also last week, the Science Commission approved the opinion of the bill in the terms in which it came out of the Lower House.

Likewise, the Senate will foreseeably also approve this week the bill that regulates the access and use by the competent authorities of financial information and of another type of utility for the prevention, detection, investigation and prosecution of criminal offenses, in addition to the reform of the Bankruptcy Law and the modification of the Law of the Judiciary in matters of Commercial Courts.