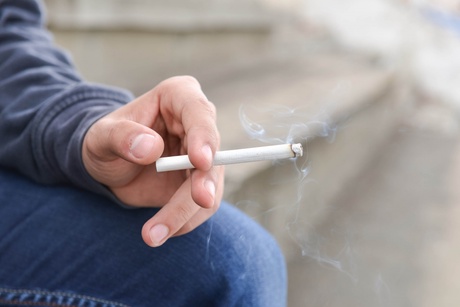 The doubts of the Ministry of Health in the drafting of the Comprehensive Plan for the Prevention and Control of Smoking 2021-2025 have put the associations that fight to eradicate this habit on a war footing.

In addition to the delay in approving the text, which should have entered into force last year, there is now the possibility that Carolina Darias’ department will eliminate one of the most far-reaching proposals from the document: the ban on smoking in cars and on terraces (currently already prohibited in some areas like the Valencia region as a continuation of Covid measures). The entities even warn that the department of health could back down completely and not approve the plan, which would mean, they say, “a great disappointment.”

The Spanish Association Against Cancer (AECC) and the National Committee for the Prevention of Smoking (CNPT) have reacted “with concern and uneasiness” to information published in some Spanish newspapers that states that the Ministry has already decided that it will not prohibit smoking in vehicles and on the terraces of catering establishments. The AECC shows its “total and absolute rejection” because it would mean “continuing to leave society in general, and minors in particular, unprotected against tobacco smoke.” The CNPT, for its part, believes that the expansion or not of smoke-free spaces will show “the true intentions” of the Ministry regarding smoking.

The Ministry has already ruled out including the most radical measures in the draft of the new anti-smoking plan, such as prohibiting the sale of cigarettes from certain ages (New Zealand prevents those born from 2008 from buying tobacco and Denmark wants to do so with those of 2010), but it introduced initiatives such as raising tobacco taxes to increase the price of packs, making tobacco packages more neutral, removing the name and logos of companies (brand images are attractive to consumers), and equating the electronic cigarette to traditional tobacco.

However, the most prominent, and the most controversial, is the extension of the places where smoking is not allowed, which would include terraces, inside cars or beaches and swimming pools, where the last word is currently with the municipalities.

The Committee for the Prevention of Smoking, which brings together 46 organisations and scientific societies, recalls that the European Union has set the objective of reducing the prevalence of tobacco consumption to 10% of the population in 2030, when in Spain it is currently in the 20%. “We are losing the opportunity to put Spain at the forefront of the world with a new anti-tobacco law that is as ambitious as it is necessary,” says the AECC, which expresses its “disappointment” and regrets that the Government “does not prioritise tobacco control.” smoking, health protection and support for the goal of achieving a tobacco-free generation by 2030.

The CNPT puts the focus directly on Minister Carolina Darias and warns that the refusal to update the legislative framework for tobacco “would affect confidence in a minister who loses the opportunity to improve the health of the population.”

The delay in approving the document also fuels the fears of the anti-tobacco associations. The plan should be working from 2021, but it can only be ready in 2022 or 2023, because it still has to receive the green light from the Public Health Commission of the Interterritorial Health Council. The Ministry, which limited itself to saying that “work continues on the document”, justifies the delay in which the health emergencies of the last two years (covid-19, childhood hepatitis and now monkeypox) have bordered other problems.

But the promoters of the new plan believe that it is time to bring their demands back to the fore. “We would not understand that, after the work carried out in recent months, everything was thrown away and kept in a drawer for other interests that have nothing to do with the protection of public health,” they stress from the committee, while linked sources to the fight against smoking argue that Darias’ hesitations are explained by her political aspirations in the Canary Islands, her community of origin, where the hospitality industry and tobacco producers are two sectors with great economic and social influence. “With other ministers it has been easier,” they criticise.

The diseases caused by tobacco (lung cancer, pulmonary emphysema or heart attack, among many others) kill 55,000 people each year in Spain and also a thousand passive smokers who have not even tried cigarettes. Tobacco is responsible for 30% of cancer cases.