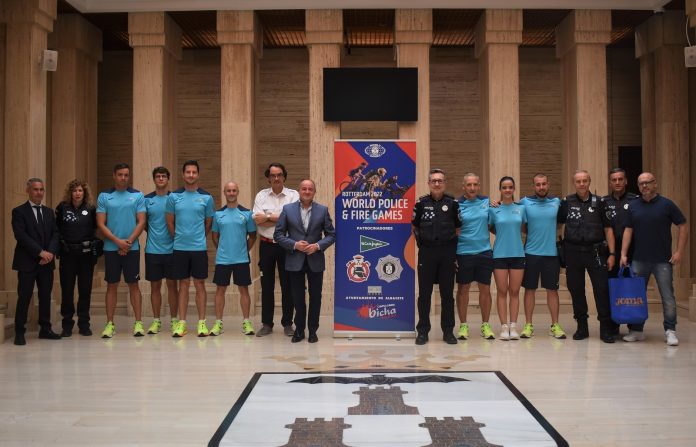 The mayor of Albacete, Emilio Sáez, has received a representation of the members of the Local Police and the Albacete Fire Service (SCIAB) who will participate in the ‘World Police and Fire Games’, which will take place in Rotterdam (Holland) between July 22 and 31, 2022.

In total, there will be 13 police officers and 4 firefighters who will represent the city at the event in disciplines such as biathlon, triathlon, swimming, wrestling, rowing and athletics.

It is a sporting event that lasts 10 days, similar in design and organisational complexity to the Olympics, coming to concentrate in the New York edition, held in 2011, more than 18,000 athletes between police officers and firefighters from more than 85 countries.