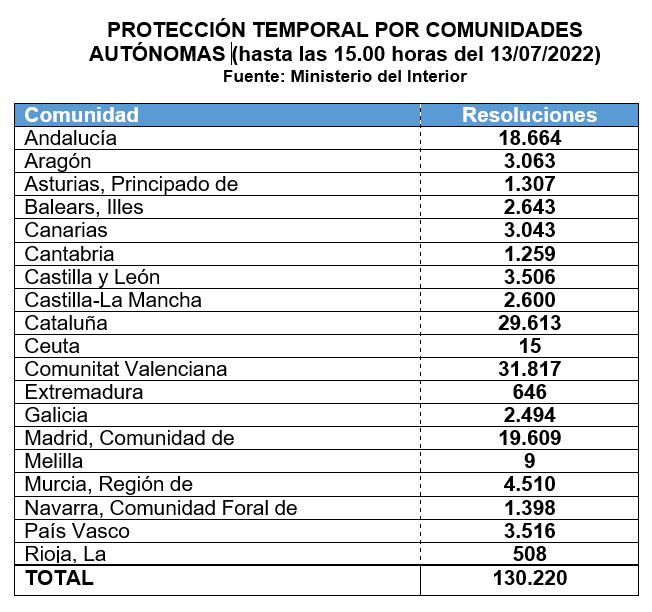 Spain has exceeded 130,000 temporary protections for those displaced by the war in Ukraine. Since the activation of the procedure, on March 10, until 3:00 p.m. on Wednesday, the Asylum and Refuge Office (OAR) of the Ministry of the Interior and the National Police have processed and granted a total of 130,220 protections to Ukrainian refugees.

All the protections entail a residence permit and, for those of legal age, a work permit. In addition, by virtue of what is established by the General Directorate of Traffic, displaced persons who obtain temporary protection can legally use their driving licences in Spain for at least one year.

The Asylum and Refuge Office, which this year celebrates three decades of activity, has faced throughout this 2022 together with the National Police, the processing of these 130,220 temporary protection files filed by those displaced by the war in Ukraine who have arrived in our country, without any affectation in the international protection files.

The Asylum and Refuge Office of the Ministry of the Interior and the National Police has processed requests for temporary protection in 70 police stations and in four reception and shelter centres set up throughout Spain. All requests are processed and resolved within a maximum period of 24 hours.