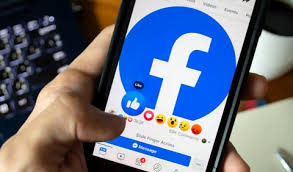 The National Police has asked for caution when announcing your holidays on social networks, especially if the place of residence has been mentioned or photographs of the home have been published, in order to prevent robberies inside the homes during the holiday period. It is also not advisable to mention it to unknown people and people in public places, they say.

The Police have provided preventive advice to avoid being a victim of burglaries in homes during the summer months and holiday periods. It is at this time that criminals take advantage of the absences of the tenants and the lower influx of neighbours in the homes to commit a robbery.

Thus, they have recommended locking your doors with the key to prevent criminals from entering with the slip method, by which they insert a piece of plastic between the door frame and the lock slip. In addition, they remind us to close all the entrances to the house such as basements, garages and gardens, as well as the windows.

On the other hand, measures can be used so that the home appears to be occupied during the holidays, such as not leaving all the blinds down and asking a family member to check the state of the home. In the case of having automated systems, they ask to use them so that the lights are activated in the home periodically.

Being attentive to people outside the home environment is also another of the Police tips. In this way, they have recommended not opening the door to strangers and calling the emergency telephone number in the event of seeing suspicious individuals or hearing unusual noises in one of the nearby homes.

CALL 091 IF THERE ARE MARKS ON THE DOOR

The Police have also reported on how to act in the case of being victims to facilitate the work of investigators and collaborate in the recovery of stolen objects. And they have warned that if the door is open or forced you should not enter, but call 091.

Also, they have asked to notify in the case of observing witnesses or suspicious marks such as plastic or glue threads between the access door to the house and the frame, methods used by criminals to check if the homes are temporarily uninhabited.

To facilitate the investigation and tracking of possible thefts, it has been recommended to have a list before going on vacation with household electronics and their serial numbers, as well as photographs of jewellery and valuables.

Finally, they have asked to take into account the type of door and the type of lock installed to avoid the ‘bumping’ technique. In this way, criminals insert a specially modified key into the lock with which they manage to move the bolts inside, allowing the door to be opened.

Also, they have warned of the ‘impressioning’ method, by which the key is copied by inserting sheets into the lock that record the marks of the original key.