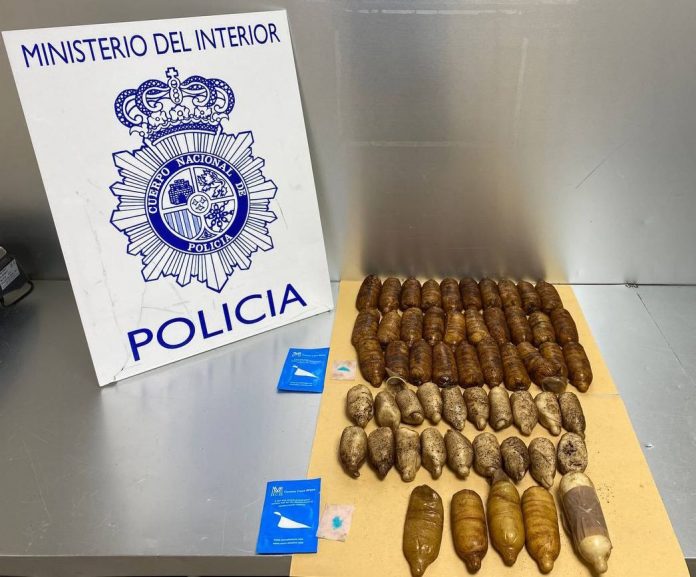 Officers from the National Police intercepted a woman in Madrid airport with 54 latex wrappers containing a total of four kilos of cocaine stuck to her body.

The events occurred at the Adolfo Suarez Madrid – Barajas airport (Madrid) after a plane had landed from Bogotá (Colombia). As the woman was passing through the security control, officers observed the “suspicious attitude” of the woman, according to sources from the Madrid Police Headquarters.

After carrying out a superficial search, they found dozens of latex wrappers under her clothes, located in the areas of her buttocks and pelvis. Four kilos of cocaine were hidden in these, for which she was immediately arrested as the author of crimes against public health.