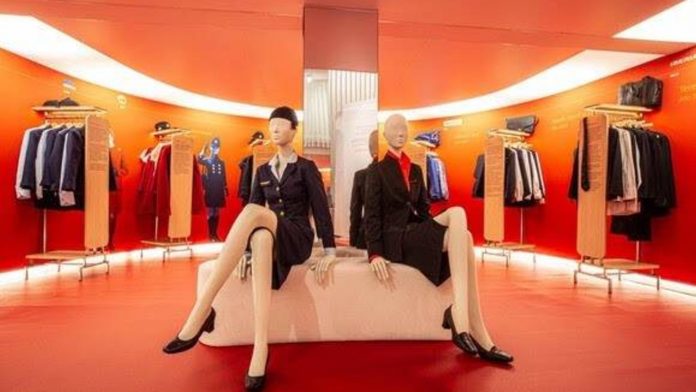 Spanish airline Iberia has donated 2,610 euro, which it obtained through the auction of eight historical uniforms (seven for women and one for men), to Envera, an organisation founded by Iberia employees, for parents of disabled people.

More than 11,000 people visited Iberia’s historic uniform auction in 48 hours, which was held to commemorate 95 years since the airline’s founding on June 28, 1927.

The oldest of the auctioned uniforms dated back to 1946, the newest this year, when they changed the uniform for the designs of Teresa Helbig. It was also possible to bid on the designs by Pedro Rodríguez, Manuel Pertegaz, Elio Bernhayer or Alfredo Caral with a starting price of 80 euro.

In the 48 hours, more than 11,000 people have visited Iberia’s auction website -where customers usually bid for tickets for flights to specific destinations and dates-, and 74 people have participated in the bidding for the uniforms.

The uniform that proved the most valuable has been that of Elio Berhanyer from 1972 –600 euro– and the only male model that was in the auction, from 1947, and worn by the first male cabin crew, has been sold for 260 euro.

Some of the winners of the auction picked up their uniforms at Espacio Iberia, the ‘pop up store’ located on Calle de Velázquez in Madrid which, after a month and a half, closed this week.

If you fancy bidding on some of the future offers from the airline, you can visit their auction website at https://subastas.iberia.com/