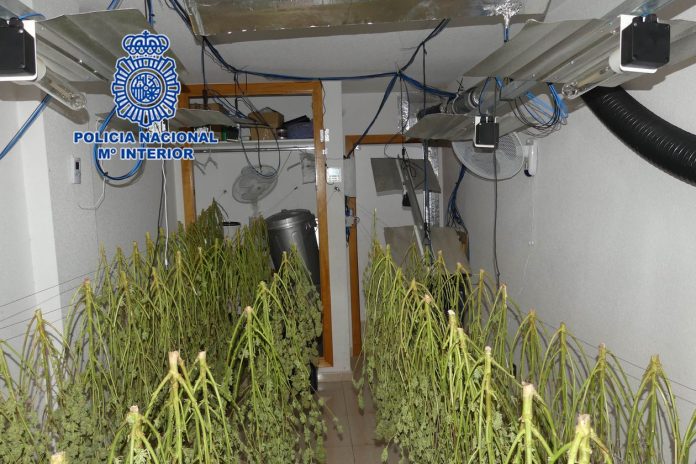 Officers from the National Police have proceeded to arrest three people of Colombian nationality, two men and one woman aged between 24 and 32 years, as alleged perpetrators of drug trafficking and electricity fraud.

The Judicial Police Group of the Alcantarilla Police Station has carried out an investigation into a house that was fraudulently connected to the electricity supply, where there was apparently a marijuana plantation with more than a hundred plants in the process of drying.

Apparently, the strong smell that emanated from the house that, added to the noise caused by the air conditioners, gave away the plantation.

In the search carried out with the corresponding Order of the Investigating Judge on Duty, inside the investigated apartment a mini laboratory was found with the recipe and elements necessary to prepare TUSI, the drug known as “pink cocaine”.

In addition, 72 grams of cocaine, 1 gram of “pink cocaine”, 40 grams of drug-cutting substance and 110 marijuana plants in the drying process were found. Likewise, garbage bags containing 11 kilos of buds and remains of marijuana were found hidden in a freezer to avoid odours.

Finally, the operation carried out by members of the National Police Station of Alcantarilla, dependent on the Superior Headquarters of the National Police of the Region of Murcia, has concluded with the arrest of three people as alleged perpetrators of drug trafficking crimes and crime of fraud of electrical fluid, which have already been made available to the judicial authority.