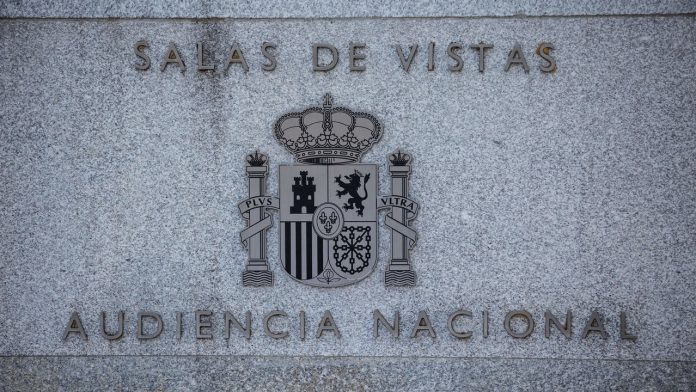 A 21-year-old man from Alicante, named as Amir EG, has pleaded guilty at the National High Court to the crimes of self-indoctrination and financing of terrorism, accepting a sentence of 6 years in prison and a 1,300-euro fine after reaching an agreement with the Prosecutor’s Office, which before the trial had requested 15 years in prison for him and accused him of being a member of the Islamic State.

In the trial, which lasted barely five minutes due to the consent agreement between the parties, Amir EG admitted his guilt to questions from the court, before which he admitted being the perpetrator and agreed to the sentence requested by the prosecutor.

Finally, the Prosecutor’s Office has withdrawn from its brief of provisional conclusions the accusation that the young man had joined DAESH and for which he was demanding up to 9 years behind bars. However, for the crime of self-indoctrination and self-training, the defendant will have to assume, in addition to the fine, 3 and a half years in prison, while for the financing of terrorism, 2 and a half years.

In addition, the prosecutor has claimed and obtained in agreement between the parties the confiscation of the 700 euro deposited in a PayPal account of the young man, and in which, according to the Public Ministry, he received 104 dollars and 650 euro during the summer of 2020 from different donors, and whose “purpose” was to allocate them “in favour” of DAESH.

For the Prosecutor’s Office, the accused had indoctrinated himself in jihad by consuming DAESH propaganda and had raised money for terrorist activities. “In the actions of the accused and in his expressions, the total internalisation that he makes of the radical jihadist ideology advocated by DAESH, his uncritical adherence to the premises that he proclaims, his desire to praise” the achievements of the organisation, according to the conclusion brief provisional.

The defendant, according to the prosecutor, had the predisposition to collaborate “very actively” with DAESH until he was arrested by the Guardia Civil in July 2020 and placed in provisional prison. Amir EG helped, explained the prosecutor, to finance the organisation “to the extent of his economic possibilities” and published propaganda messages on social networks to “disseminate, praise and justify” terrorism, “pedagogy its postulates in order to incorporate new members” to the ranks of the Islamic State.

For the Public Ministry, Amir EG assumed that DAESH’s objectives were “legitimate, desirable and even laudable” and therefore tried to convince other people of the “benefits” of jihad.

The defendant, always according to the prosecutor’s brief, consumed and disseminated material that praised the actions of DAESH in various accounts on platforms such as Reddit or Archive.org. He also managed hundreds of videos and images about executions and battles of jihadists in Syria, Iraq or Africa. To surf the net, he took security measures such as accessing VPN networks, anonymous browsers like TOR, a virtual phone number, and clearing the computer’s cache.

Amir EG made “a continuous, rapid and compulsive dissemination of videos, audios and documents related to DAESH, through the different channels he managed, distributing them in various locations on the network and with these movements he multiplied the speed and capacity of dissemination”, at the discretion of the Prosecutor. Those profiles on the Internet registered more than a thousand visitors.

At the time of the arrest, Guardia Civil agents searched the defendant’s house, in San Vicente del Raspeig (Alicante), where they found military clothing, hand drawings of automatic weapons and flags with “war-religious connotations”.

From the analysis of his mobile phone, the agents found conversations with other users on the Instagram network in which the accused said that “soon” he would travel to Iraq, “God willing”, while on Telegram he would have sworn allegiance to the Islamic State.

The Prosecutor’s Office also accused him of participating in an international network of raising money to finance jihad. “He carried out money-raising work giving instructions to his interlocutors on how to send money to third parties in Turkey or to the Al-Hawi camp, located in northeast Syria, about 120 kilometres from the border with Iraq” and where some 64,000 people were interned, including wives of DAESH members, he said.