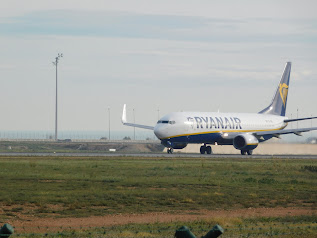 The Ministry of Transport, Mobility and Urban Agenda (Mitma) has communicated to Ryanair, Aena, Enaire and the convening unions USO-STA and SITCPLA, the minimum services corresponding to the strike call for Cabin Crew (TCP) for June 24, 25, 26 and 30, and July 1 and 2.

Ryanair is the company that transports the most passengers in the Spanish market, with an offer that exceeded 650 routes from Spain in 2021. According to the information provided by the company itself, about 1,900 workers make up the group that performs Cabin Crew duties in the bases that the company has in Spain.

According to the resolution of the minimum services,  these essential services aim to reconcile the general interest of citizens, and in particular their mobility needs, with the right to strike of this group of workers. In this way, the minimum services decreed are those that result from applying the following criteria to public transport air services operated by the airline Ryanair, with origin or destination at the airports of Madrid, Malaga, Barcelona, ​​Alicante, Seville, Palma from Mallorca, Valencia, Girona, Santiago de Compostela and Ibiza.

The following percentages, approximated by excess, of the airline’s services for each domestic route to or from non-peninsular territories, for each of the indicated airports: For the Madrid airport: 78% flight protection; that of Malaga, 81%; for Barcelona, ​​80%; for Alicante, 73%; for Seville, 78%; for Palma de Mallorca, 73%; for Valencia, 74%; for Santiago, 76%; and for Ibiza, 82%.

The following percentages, approximated by excess, of the services of the airline for each route with mainland Spanish and foreign cities, whose alternative means of public transport means a journey with a journey time equal to or greater than five hours, for each of the indicated airports: Madrid, Malaga, Barcelona, ​​Alicante, Valencia, with 58% flight protection. Seville, 57% flight protection; Palma de Mallorca and Ibiza, 56% protection. For Girona and Santiago, 53%.

Those technical positioning operations and others such as the situation of crews necessary for the effective performance of air transport services considered essential, those operated in the periods between strike days and those after the end of the strike. In addition, those flights whose scheduled departure time was prior to the start of the strike and whose scheduled arrival occurs during the strike period.

According to the regulations, and regarding the list of specific flights affected by these minimum services, it is up to the Ryanair airline to establish the flights subject to the percentages of the resolution of minimum services that have been described above, for which it must adopt the necessary measures to ensure that they are provided while safeguarding the security of all operations at all times.