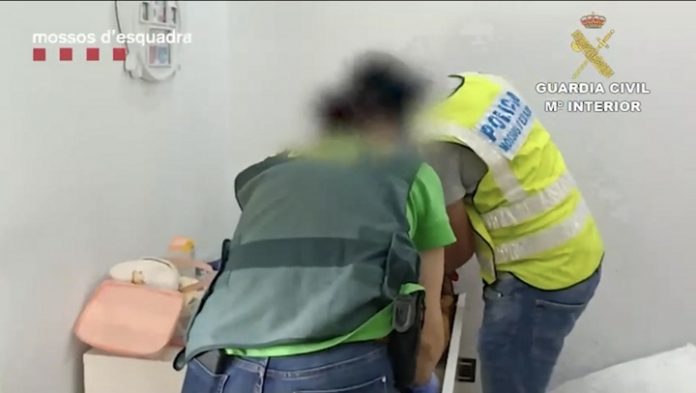 Within the framework of the “Cerbero Tera” operation, carried out jointly by the Guardia Civil and the Catalan Mossos d’Escuadra, a well-known “Travellers’ Clan” has been dismantled, made up of three well-known criminals from the Villaverde neighbourhood of Madrid, which operated in the national territory.

The investigations began when the agents detected a high number of criminal acts consisting of assaults on shopping centres and supermarkets, in which the perpetrators violated mobile phone stores, always using vehicles with the same characteristics in their commission.

Due to the way this type of group acts, the experts of the Guardia Civil began an exhaustive analysis of the theft of high-end vehicles reported in their facilities, locating a pattern that allowed them to focus the investigations on a clan of ram raiders originally from the Villaverde neighbourhood of Madrid.

On May 25, it was found that the group they were investigating had committed two robberies with force in the province of Tarragona. Specifically, one of them perpetrated a telephone store located inside a shopping centre, where they stole a total of 80 state-of-the-art terminals valued at around 15,000 euro. The suspects, using a crowbar, managed to open the access doors to the shopping centre. Stealing the merchandise in just a few seconds and fleeing the scene in a stolen vehicle.

As a result of the crossing of information, it was possible to obtain that the Mossos d’escuadra Central Unit for Multi-recidivists was investigating their authorship, for which a joint operation was launched that culminated last weekend after the arrest of the perpetrators in the town of Vélez-Málaga, where they had travelled days before to carry out their illegal activities.

A tanned driver in the escapes of the Security Forces

The leader of the group known as “EL BUBU”, also turned out to be the usual driver of the stolen vehicles.

The members of the group travelled hundreds of kilometres in order to achieve their goal.

Prior to the robbery, they analysed the place where they were going to commit it, they studied their schedules and security systems, the robberies were committed at dawn and in just a few minutes and with a large number of mobile devices.

The driver is an expert in undertaking spectacular escapes from the vehicles of the State Security Forces and Bodies, being very familiar with driving a particular brand, which was the one that this group stole.

The detainees are three men, two Spaniards and a Moroccan, with 57 previous arrests for crimes against property.

In the exploitation phase of the operation, in addition to the agents of the Organised Crime Group of the Organic Unit of the Judicial Police of the Madrid Guardia Civil Command and the Central Unit of Multiple Repeat Offenders of the Mossos d’escuadra, agents of the Judicial Police Units of Granada and Toledo, in addition to the Rapid Action Group (GAR) and the Citizen Security Unit (USECIC) Madrid.