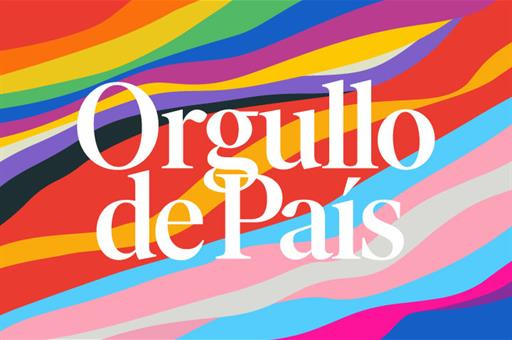 With this campaign, the Ministry of Equality wanted to represent the idea of ​​a country, Spain, that values ​​diversity, and very specifically sexual, gender and family diversity, as a wealth and a value that improves its democracy, its culture and your society.

The campaign of the Ministry of Equality for Pride 2022 will have the motto “Orgullo de País” or “Pride of the Country”. Its main piece is a poster that in this edition incorporates the novelty of having a dynamic version and a static version, created by the graphic designer Cecilia Erlich.

Due to this idea of ​​a country that values ​​diversity, LGTBI Pride is a non-sectoral issue, one that does not only defend the rights of a sector of the population, but rather is a “Country Pride” in that it defends the rights of all citizens.

“Country Pride” also refers to the pride of living in an inclusive country that values ​​diversity. In this way, the idea of ​​an integrating, respectful and democratic country is vindicated, which advances towards the future in an unstoppable way. A rich, diverse, plural, open and caring country, protecting the rights and freedom of all people, especially women and LGTBI people. A Pride that appeals to the same idea of ​​democracy, but that at the same time enriches us as a society and marks the path of the struggle for a fairer world and a diverse and egalitarian coexistence.

The graphic idea of ​​the poster revolves around a Spanish flag that evolves towards different flags that represent the diversity of LGTBI identities, from trans, through bisexual, to non-binary. All different, in constant transformation and living in harmony.

Next Monday, June 27, the eve of June 28, International LGTBI Pride Day, the institutional act of the Ministry of Equality of Pride 2022 and the delivery of the 2nd Recognitions will take place at 7:00 p.m. at the Residencia de Estudiantes in Madrid Arcoíris to outstanding people in the visibility, support and defence of the rights of LGTBI people, organised by the Ministry of Equality and the General Directorate of Sexual Diversity and LGTBI Rights.

The event will be hosted by presenter Jordi Cruz, known for programs such as Club Disney or Art Attack, and will include interventions by the Minister for Equality, Irene Montero; the Secretary of State for Equality and against Gender Violence, Ángela Rodríguez; and the General Director of Sexual Diversity and LGTBI Rights, Boti G. Rodrigo; in addition to the musical performances of Rodrigo Cuevas and Noelia Heredia “La Negri”, two LGTBI references in the world of music.